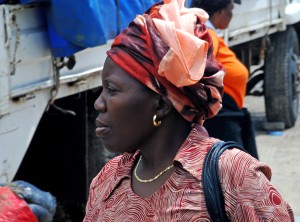 Millennium Development Goals (MDGs) represent a global partnership and pledge among signees to the Universal Declaration of Human Rights and the UN Millennium Declaration. As outlined in the 2005 Report to the UN Secretary-General entitled, Investing in Development: a Practical Plan to Achieve the Millennium Development Goals, MDGs quantify basic human rights and set targets for addressing extreme poverty in all of its dimensions. This includes income, hunger, disease, lack of adequate shelter, gender inequality, and the lack of environmental sustainability.

Only three years remain for countries to accelerate their efforts toward achieving MDGs by the year 2015. The South African Parliament and the Provincial Legislatures have established Outcome-Based Priorities with 2014 as the target year. Thus far, the country is ahead of schedule on many targets but is lagging in the attainment of others.

To accelerate their technical and oversight capacity, Committees of the Free State Legislature retained Dr. Thomas “Danny” Boston, CEO of EuQuant and publisher of the Gazelle Index, to provide assistance and advice.  Dr. Boston found that South Africa finds itself in a unique position among African countries and indeed more broadly among developing countries worldwide.

Many of the problems that plague most sub-Saharan African countries are not present in South Africa. Those problems include the following: very high transportation costs and relatively small markets; low agricultural productivity; very high disease burden; a history of adverse geopolitics; and a very slow diffusion of technology from abroad. In fact, quoting from the Republic of South Africa 2010, Millennium Development Goals, “in some cases, South Africa has achieved its MDGs more than five years before 2015, while in others South Africa is far from achieving these MDG targets. Between these two extremes are goals where achievements are probable or possible. In these cases, appropriate government interventions remain the key to making these goals achievable.”

South Africa has a well-developed infrastructure and private sector and a stable macro economy. Its data infrastructure is also rather well developed for the purpose of monitoring and measuring the attainment of MDG targets and the impacts of programs and projects related thereto.

Nevertheless it still experiences educational inequality and a lack of access to quality healthcare. These deficits, especially the high prevalence of HIV/AIDS, account for why the country has not achieved some of its MDG targets, especially those related to employment, income and life expectancy.

The country’s Medium Term Strategic Framework (MTSF, 2009–2014) outlines South Africa’s strategy for improving the living conditions of its people. It is a planning guide that sets priorities at the national, provincial and municipal levels and integrates MDGs into national medium-term development priorities. It also allows South Africa to take greater ownership of the MDG process. The five development objectives of MTSF are as follows:

MTSF also outlines 10 priority areas by which these strategic objectives are put into effect. Each priority areas intersect with one or more MDG. Through this process South Africa intends to gain ownership of the implementation of MDGs, improve the statistical capacity and coordination of statistics between the national and provincial levels, develop a better application of evidence-based decision-making, improve the nation’s capacity for monitoring and evaluation, facilitate an increasing level of debate regarding statistical validity, improve awareness of poverty and development, and restore trust in the MDG process.

Much more needs to be done in South Africa. However, in relation to other countries of Africa and the developing world, the Gazelle Index applauds South Africa for its MDG achievements and its commitment to continue the struggle to reduce poverty, infectious diseases, unemployment, and especially gender inequality.

Like
Previous Story:
India takes Steps toward Gender Equity
Next Story:
Euro Zone Austerity is Fiscal Stimulus in Reverse-Lessons for...