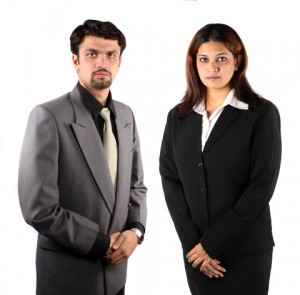 India is an extraordinary country which has a consistently growing and culturally diverse economy. The largest democracy in the world, India is home to over one billion people.  Such a large population should serve as a platform for a huge workforce; however, the paid labor force is still dominated by males.

The country’s business community has finally recognized the deficit in human potential arising from the country’s failure to tap the enormous talent pool in women. Recently conscious efforts have been made to employ more women; however, more must be done.

The Indian Government has created several programs that provide incentives for women to join the workforce, and much legislation has been passed to protect the welfare of women workers. This includes the Employment Guarantee Act, the Domestic Workers Act, and the Unorganized Sector Workers’ Social Security Bill.

Starting in 2006, talent shortages were especially wide in the information technology industry in India. Since that time, more women have been recruited to close this gap. Today approximately 22% of the IT industry is made up of women.

As the positive results of a more diverse workforce become apparent, Indian companies are making a conscious effort to develop a more cross-cultural and gender neutral workplace environment.

India’s gender progress in labor force participation will help boost its skill endowment and enable the country to become a global leader in industry and in gender equality. Furthermore, the steps that the country is taking to reduce gender inequity are aligned with those recommended by the World Development Report. The Report notes that closing the gender gap is not only good social policy but a necessary component of economic development strategy.

Like
Previous Story:
The Dragon vs. the Eagle, and Future of US...
Next Story:
South Africa’s March toward MDGs