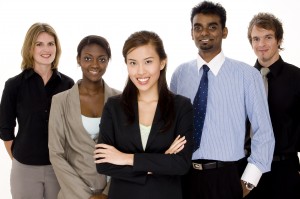 Black, Latino, Asian and Native American Minority businesses that operate in industries such as wired telecom carriers, Internet publishers and broadcasting and telecommunications resellers outperform minority businesses in almost all other industries.

In 2008, EuQuant (which powers the Gazelle Index) examined 47,000 small businesses that were registered with the federal government through the Central Contractor Register (CCR). These businesses generally had fewer than 500 employees. The study, entitled Increasing the Capacity of the Nation’s Small Disadvantaged Businesses, was commissioned by the Congressional Black Caucus Foundation.

The results revealed that the most successful industries for minority owned businesses were software publishing, internet publishing and broadcasting, data processing, wired telecom carriers, and web hosting and related services. For example, 7% of firms owned by Asian and Pacific Americans operated in the telecom related industries.