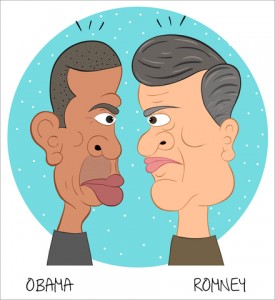 As the Presidential candidates square off for their first debate, the Gazelle Index staff has three important questions, from the perspective of minority business owners, it would like for the candidates to address.

Employment data reveals that to create jobs, we must focus on high performing small businesses and new start-up enterprises. For example, during August 2012, the private sector created 201,000 new jobs according to the ADP National Employment Report. The jobs came from the following sectors: firms with 50 to 499 workers accounted for 42.8%; and firms with 1 to 49 workers accounted for 49.2% of new jobs. In comparison, firms with 500 or more workers created only 8.0% of the new jobs.

Question #2: What is your prescription for addressing these unique challenges faced by minority businesses?

In comparison white-owned businesses comprised 59.3% of all government contractors, but 79% of all small businesses.

During the era of Jim Crow segregation and immediately afterward, discrimination manifested itself in many ways including the exclusion of minorities from bank loans, red lining minority neighborhoods, restrictive and exclusionary licensing and distribution practices, and mortgage lending discrimination. Those practices fostered a predominance of “mom and pop” enterprises in minority communities. Starting in the late 1970s and early 1980s, government affirmative action programs in procurement gave minorities the chance to break out of these constraints and enter fast growing industries such as professional services, technical and engineering services as well as specialized and heavy construction services. This transformed the character of the minority business sector and created employment opportunities for minority workers.

Question #3: Today, affirmative action is under legal assault. What policies do you propose to ensure that minority businesses have equal opportunities and how do you propose to the current disadvantages the face as a result of  past injustices?