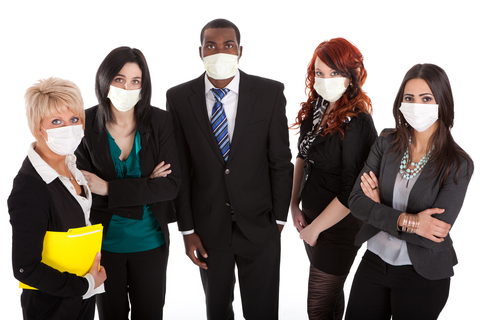 Contagion from the euro zone debt crisis is spreading through the US economy.

It is appearing in the form of lower confidence by investors and consumers, greater difficulty in borrowing and refinancing mortgages, lower corporate investments and slower economic growth.

Contagion is not waiting for a default of a euro zone economy. Instead, contagion is here today.

The primary way in which it hurts US growth is making it more difficult for consumers and especially small business investors to secure loans.

“Death by a thousand cuts,” is a way contagion is spreading through the US economy.

Loans have become problematic because banks must reserve more cash in case there is a sovereign default. The more cash reserves banks set aside, the fewer loans available for business investments and consumer purchases. The end result is slower growth.

During the fourth quarter 2011, the economy was recovering at a rapid pace and reached 3.0% GDP growth. At the same time it was creating over 250,000 jobs monthly.

The exposure for US banks is great. It is reported that Bank of America has over $17 billion invested in the sovereign debt of the five euro zone countries most likely to default.

J.P. Morgan and Citigroup each has $14 billion, and Morgan Stanley and Wells Fargo each has $3-$5 billion.

Despite the recent compromise, wherein finance ministers of the euro zone economies agreed to dispense with certain central bank lending patterns, the compromise has not quieted the problem. The speculation is that Greece well either default or leave the euro zone, sooner or later.

In exchange for allowing the European Central Bank to invest directly in local banks (rather than through governments) the euro zone countries agreed to greater supervision by the ECB and stricter bank regulations.

The compromise allows banks to be assisted without adding to the heavy debt of euro zone countries.

For the US economy the bad news from the contagion keeps coming. Also, domestic oil prices are climbing once again. The events in Europe have combined to the press consumer sentiment and reduce retail expenditures. Furthermore, the Index of Leading Economic Indicators suggest slower growth is in the future.

The surprise in all of this is that the US economy has not entered a new recession. Thankfully, the recovery took root substantially prior to the European zone contagion.