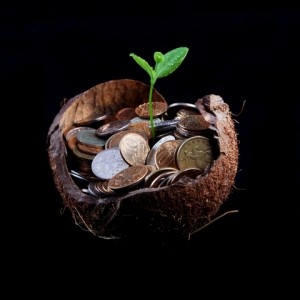 Capacity is the ingredient that allows a firm’s scale of operation to serve its mission efficiently.  Greater scale is a necessary ingredient of capacity, but the scale alone is not sufficient to create capacity. We say that a firm has achieved scale and capacity when it has successfully transitioned from a start-up enterprise to become a “professionally managed enterprise” (PME).

1.  Pursuit profit as an explicit goal;

6.  Orientation towards innovations in products, services and operational methods;

8.  The presence of competitive advantages that are reinforced by organizational culture and brand.

Their research indicates that the typical scale (revenue) of firms in the PEM stage ranges from $3.3 million to $30 million for business service enterprises and $10 million to $100 million for manufacturing and construction firms.

Global competitive pressures have forced corporations to implement radical changes in supply-chain management.  The “Great Recession” has forced federal, state and local government agencies into a new epoch of fiscal austerity. At the same time, mobile applications have added more price pressure from customers than ever before – by simply swiping a barcode with a smart phone, the consumer can identify instantly the lowest price at which a product can be purchased, and the best location to do so.

This new business environment is an uncharted territory for minority-owned businesses.  One example helps to illustrate the point.  In May 21, 2009 testimony before the House Judiciary Committee the president of the National Association of Minority Automobile Dealers indicated that even before Chrysler and General Motors reorganization, the number of minority-owned dealerships had declined to 1200, from its peak of 2000.  Following the reorganization, it was estimated that the two major auto manufacturers would eliminate as many as 314 of their 475 minority dealerships.  The smallness of scale and lack of product diversity among minority dealerships were cited by GM and Chrysler as primary factors upon which their decision depended.  This example illustrates most vividly how corporate supply chain success will depend upon the ability of minority firms to build greater scale and capacity.  Capacity building, therefore, is the new mandate of minority business development.