In a recent interview provided to Rebecca Keane, PR Director for the Ivan Allen College of Georgia Institute of  Technology, Danny Boston, a Georgia Tech Economics Professor and Publisher of the Gazelle Index. recounts his recent White House meeting. At the meeting he called for the establishment of a National Commission ob Black Employment to address the tremendous joblessness among blacks. The writeup of the interview was prepared by Lauren Langley and is reproduced here entirely. 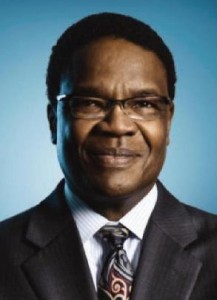 “The challenges are deep-seated and multifaceted. Therefore, incremental policy changes such as job training programs are important, but are not likely to make any significant difference,” said Boston during the Council meeting. “As such, I propose that the Administration create a National Commission on Black Employment; in the same manner in which national commissions were created to address the “great recession” and the bankruptcy of the auto industry.”

Boston was one of a key group of economists and academics invited to the White House Council of Economic Advisers meeting, “African Americans, Jobs, and the Economy,” to provide input on the uniqueness of the recent financial crisis, how African Americans are faring in the recovery, and immediate- and long-run policy recommendations, especially with respect to the labor and housing market.

Boston cited research indicating that blacks have been heavily burdened by the economic crisis. Unemployment rates reached their highest rates post-recession October 2010 when it was 16.7% for blacks compared to 9.3% for whites. During the current economic recovery, the general unemployment rate is 8.2%, but the rate among blacks is 14.0%, while among whites it is 7 .3%. Worse still, black teenage unemployment is 40.5%. Blacks are about twice as likely to be unemployed as are whites, but “the most onerous burden,” said Boston, “is that blacks make up 11.9% of the workforce but constitute 20.4% of all unemployed workers.

Boston pushed the discussion beyond the nation’s current economic struggles showing that, even when the economy is doing well, black unemployment is still very high. As an example, Boston cited the December 2007 peak in the business cycle when the unemployment rate for whites was 4.4%, but the rate for blacks was more than double that at 9.0%. In fact, the best quarter of economic performance in the last decade occurred in the fourth quarter of 2003 during which GDP grew at 6.7%. However, the unemployment rate for blacks averaged 10.6% during that quarter.

“Clearly, economic growth alone is not sufficient to reduce the disproportionately high rate of black unemployment to levels that are experienced by whites,” said Boston. “In fact, there is no scenario wherein the economy can grow robustly enough to reduce black unemployment to reasonable levels. Therefore, growth is important but it is not enough.”

A Multifaceted, Concerted Effort is needed to Address Black Unemployment

In calling for the White House to establish a National Commission on Black Employment, Boston said that such a commission could identify the most appropriate policy solutions “for dealing with the multifaceted problems that have contributed to the large racial disparity in employment.”

“The challenges of unemployment experienced by blacks are deep-seated,” he said. “Some causes are rooted in the country’s history of racial discrimination, while others have to do with the contemporary effects of globalization and de-industrialization.”