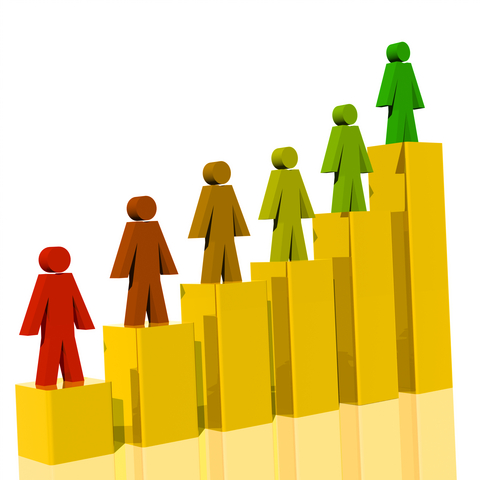 Scaling has become the new mandate for minority-owned businesses. While minority firms have grown significantly in number, too few have acquired the scale and capacity needed in today’s global economy.

The modern era of minority business development began in the late 1960’s accompanying the new opportunities opened up by the Civil Rights Movement.

During that time, the primary focus was on starting new ventures, creating broader market opportunities for existing businesses, and equipping owners with the management skills and capital needed to be successful.

Parity in business ownership by race and ethnicity has not been attained, but significance progress has been made, and the gap is closing at a notable rate. Today a critical mass of Latino, black and Asian companies exist. Together, they account for 21% of all U.S. small businesses.

However, most still operate at the start-up (Stage I) or the expansion (Stage II) stages of business development.

The concern is that too few minority-owned companies have built scale and capacity or have become professionally managed enterprises (Stage III). In other words, they lack the requisites needed to operate successfully in an increasingly competitive global economy and more challenging supply chain environment.

Recently, we examined the characteristics of 10,500 of the country’s most successful minority-owned small businesses; they were compared to 18,500 non-minority-owned businesses. All were registered as contractors with the federal government.

Using $3.5 million as the revenue threshold (because that is approximately where many firms run into problems of scaling) we found that 18.5% of minority firms had crossed the boundary while 27.8% of non-minority owned companies had.  This revenue threshold is about where companies must start more formal management practices if they are to continue to grow or operate successfully.

Those policies include standardized processes in financial, accounting and budgeting controls; personnel management and human resources policies, practices and procedures; forecasting, marketing and inventory controls; and many other practices that constitute a sound infrastructure for business growth.

Collectively, these activities are referred to as professional management practices. They are difficult to achieve because the day-to-day demands of operating a company divert owners’ time and critical resources to servicing existing clients.

However, unless these management issues are addressed, the company will operate on an endless merry-go-round; one that never leads to greater scale or capacity. The company becomes stuck in what Doug Tatum refers to as “No Man’s Land” – too big to be small and too small to be big.

A short while ago I had a conversation with an individual who served as Vice President of Global Diversity in one of the world’s best known corporate brands. He indicated that to operate in his company’s supply chain, a company must generate at least $25 million in revenue annually. He noted there are few minority firms that can qualify.

He is right! But not only are there few minority firms, there are few small firms in general that could qualify.  Of the 29,036 small businesses we examined, only 2.3% had revenues of $25 million or more. The percentage for non-minority- owned firms was 2.9; the percentage for minority firms was 1.4%. Breaking minority firms down further by racial and ethnic categories, the results are even more revealing: 2.1% for Asians and Pacific Islanders, 1.7% for Hispanic and Latinos, and only .6% for blacks.

Scaling is an imperative for all small businesses in the globally competitive environment. However, it is even more so for minority-owned firms.