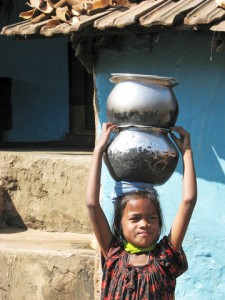 Leaders gathered this week at Davos, Switzerland to participate in the World Economic Forum. While the forum is designed to discuss the pressing problems of the world, it is doubtful that any issue will dislodge from center stage the sovereign debt crisis in Europe, the unwillingness of some countries to take more severe austerity measures, and the devastating effects occurring  in Euro nations that have done so. For example, Spain just announced that its unemployment rate is 22.9% and almost 50% of all persons less than 25 years of age are unemployed. Spain’s unemployment is the highest among the 17 member countries that comprise the euro zone. The second highest rate is 14.6%, which prevails in Ireland. Overall, the average unemployment rate across all euro zone nations is 10%.

Finance ministers and world leaders are attempting to get a clearer understanding of just how thoroughgoing the sovereign debt problem is. They are also trying to determine the magnitude of European and world resources that it will take to address the issue and the likelihood of a sovereign default contaminating world economic growth.

While the news from Europe is disheartening, the Forum participants should not forget that there are 1.4 billion people in the world whose daily income is less than $1.25. For them, a 23% unemployment rate would be welcomed news. Extreme poverty, hunger, illiteracy, infectious diseases and women’s inequality are still too pervasive in vast regions of the world.

In September of 2000, world leaders gathered at the United Nations and adopted for the first time a universal plan of action to address these problems, which are stifling human development. The plan of action is called the Millennium Development Goals.

This was a breathtaking event, and the progress towards its attainment is hardly ever mentioned in advanced countries. More surprising than the agreement itself, world leaders set a timetable for realizing the vision (2015) and a systematic program of benchmarks and checkpoints to assess world progress. A major checkpoint was 2010.

Although MDG progress has fallen behind schedule, especially in light of the severe world recession, developing nations have made notable accomplishments. For example, since MDG were implemented, almost 1/2 billion people have risen above the world poverty line of $1.25 and the number of the world’s hungry and underweight children has fallen from 1 in 4 to 1 in 3.

True, most countries will not achieve their MDGs by 2015, but imagine how impressive it is that 200 countries made a joint commitment to try. Jeffrey Sachs recently noted that MDGs are beginning to “play a surprisingly important role in shaping the formal development agendas of dozens of low-income countries.” Furthermore,  to make progress toward fulfilling the goals, low-income countries must become more democratic, just and equitable.

Since very few people in advanced countries are aware of the Millennium Development Goals, we list them below: