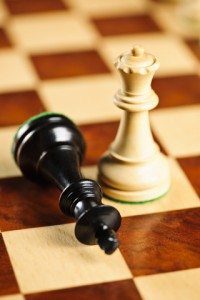 The tax issue confronting Romney has the potential to be a Willie Horton event for Republicans hoping to regain the White House. Indeed, if Republican strategists are not more effective at responding to the President’s assault than they were on the day after his fiery State of the Union address, it will not only be Checkmate on Romney’s taxes, but also Game, Set, Match when it comes to their bid for White House.

The reality of political campaigns is that things are rarely as good or as bad as they may seem at the moment. This means that the tactical gain President Obama is currently enjoying, regarding Romney’s tax disclosure, will probably be short-circuited by some unforeseen event. Nevertheless, on rare occasions in presidential politics, a simple blunder has had long-lasting effects. An example is how Michael Dukakis’s comment about Willie Horton doomed his bid for the White House.

The political advantage that the Republican candidate’s tax return delivered to the Obama campaign reaches far beyond the tussle between the two. The fact that Romney paid only 14% taxes on $21 million of income, which is one-half the rate paid by middle-income Americans, is forcing the Republican establishment to reevaluate its strategy. It will be difficult for them to stubbornly defend no tax increases for the wealthy and deep spending cuts to balance the federal deficit.

Today, as President Obama hit the road campaigning, his demeanor was like that of a bootleg preacher. Gone were the signs of the timid leader who reluctantly interjected himself into last summer’s debate about the deficit ceiling. His rising confidence, the improving economy and Romney’s strategic blunder have contributed to a significant gain in Obama’s job approval rating.

Although unemployment remains at 8.5%, a recent Wall Street Journal/NBC News poll showed his job approval rating increased significantly to 37%. An even newer Washington Post/ABC poll places his numbers at 48%. For now, the tide of unfolding events are working in the President’s favor; including a daring raid that was successfully executed by Navy Seals in Somalia. Incidentally, it was the same unit that brought down Osama bin Laden.

Based on the Gazelle Index forecast for 2012, the news on the economic front will continue to favor the President. Our projection, made weeks ago, was much more optimistic than that of just about all other organizations. Based on our national survey of the hiring plans of small, minority and women-owned businesses, we forecast the unemployment rate at or below 7.5% by election time and the economy growing between 3% and 3.5%. Recent economic data tends to support that view. The projected growth will not fully restore employment in the labor force, but it will take some sting out of the bite of Republican candidates, who planned to use the economy as a platform to defeat Democrats.

A few days ago, President Obama entertained the crowd at the famous Apollo Theater with a rendition of Al Greens “Let’s Stay Together.” This week, after delivering a sizzling State of the Union address and seeing his likely opponent Mitt Romney’s tax returns, the tune that is most befitting of the President’s new swagger is James Brown’s “I feel Good, I Got You”.