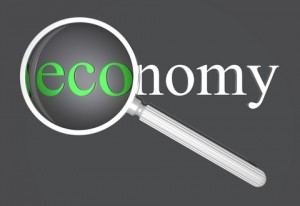 For the week of June 4, 2012 a summary of key indicators shows that the economy is weakening. The pace of the weaknesses very slow, but it is rather broad.

As we survey the main indicators there are very few signs of economic strength. Fortunately, many of the indicators are either stationary or decreasing at a very slow pace.

The economic recovery has been characterized by a cyclical pattern of growth, rather than a smooth upward trend. For the last three months the economy has been on the downward slope of the growth trend.

This is reflected in the fact that fewer new jobs have been created over the last three months and the decline in the unemployment rate has been stagnant.

Economists are searching for signs that the current weakness is temporary – similar to the slowdown which occurred last year. For that to be true, we should see the bottom of the slide and signs of renewed growth.

However, the search for the bottom continues and the signs indicate that the economy is still weakening, but doing so at a very slow pace.

Notice how the number of new jobs continues to decline each month. February was the last month of strong job creation, 259,000. The number of jobs created in May was particularly disappointing since the market expected twice as many.

The unemployment rate reflects the slowing pace of economic activity. Unemployment declined from an average of 8.6% over the last 12 months, but the decline has stalled and last month the rate increased by .1 percentage point.

Oil prices are important because they are ultimately reflected in the price consumers pay for gas at the pump. The costly is a gallon of gas, the less consumers have remaining to spend on retail goods. Declining oil prices have been one of the brightest spots in the economy over the last several months.

Consumer spending accounts for about 70% of GDP. If consumers are saving less, that means they are spending more. While lower savings is bad from an individual standpoint, it is good for the economy. Lately, consumers have been spending more and saving less.

The increase in housing starts between March and April was a bright spot in the economy. The housing market has a long way to go to fully recover, but it is beginning to show signs of life.

Over the last three months, new home sales have declined.

The index of leading indicators is a comprehensive sign of things to come. Based on that sign, the economy is clearly slowing down.

GDP is the best gauge of economic growth. Estimates are provided on a quarterly basis. The latest revised estimate for the first quarter of 2012 was released at the end of May. It shows an economy that is experiencing slowing growth.