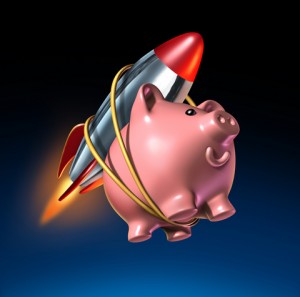 The latest Labor Department Monthly Employment Report confirmed the US economy is no longer crawling but is now galloping forward. The official unemployment rate remained at 6.7%. However, 331,000 more workers entered the labor market during March, which signals rising optimism among the unemployed regarding the likelihood of finding work.

Despite the large influx of workers into the labor market, the unemployment rate did not increase. This could happen only if a comparable number of jobs opened up or new jobs were created.

Since the recovery started almost 5 years ago, the economy has experienced periodic ups and downs. It almost seems that business cycles are occurring within the recovery.  Whatever the case may be, this is clearly latest upward trend.

Indicators on other sectors of the economy confirm that robust growth that is occurring. For example, in March the automobile industry sold 1 million more units than in the previous month (reaching 16.3 million); housing starts, adversely affected by the bad weather continue to hold steady at 907,000. Finally, new orders for durable goods increased significantly along with the manufacturing and service sector indexes. Finally, 4th quarter GDP was revised upward from 2.4% to 2.6%.

In short, the economy is on a new roll.