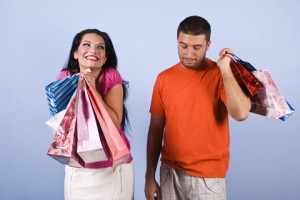 The overall decline in all stock market indexes at Tuesday’s close signals that Walmart’s gain came at the expense of its competitors. More particularly, it seems likely that consumers are less interested in spending more money during the holiday season. Instead, the early discounts simply encouraged them to make their expenditures sooner, rather than later. In the terminology of economists, demand has been shifted forward.

Despite protests over Walmart’s decision to keep employees at work on Thanksgiving, the world’s largest retailer reported its strongest five-day sales ever. This was followed by record Internet sales on Monday following Thanksgiving.

While Walmart posted record sales, investors were more pessimistic about Amazon’s ability to keep pace. The value of its stock slipped 2% at Tuesday’s market close. This caused a drag on the entire S&P 500 Index.

The retail sales outlook for the holiday season continues to be weak. In fact, over the last three months consumers have increased their rate of savings, which now stands at 4.9%. The more consumers save, the less they spend. In June, the average household savings rate was 4.4%.

The Labor Department’s Employment Report, is due out this coming Friday. The report will allow analysts to sort through the market clutter and determine more accurately the direction of the economy. Last month’s report indicated 204,000 new jobs were created. But the news should be taken with a grain of salt. Especially since over 700,000 fewer workers participated in the labor force.

If the pending report indicates the number of new jobs created in November was 200,000 or more, then it is likely that the economy has regained its footing and the holiday season will be upbeat. However, if the report shows 150,000 jobs or fewer were created, this would suggest the increased savings rate of households, and early signs of reduced holiday spending are indeed signs and of a creeping pessimism engulfing the economy.