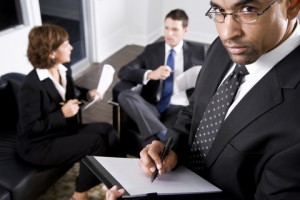 The parade of bad news on the economy is more of a drizzle than a shower; nonetheless, it is still bad news. Highlighted by last Friday’s March Jobs Report that disappointed almost all analysts, the news this week has not been much better.

Today, The National Federation of Independent Businesses released its survey results on small businesses. It pointed to declining confidence among small-business owners over the last several months and a more pessimistic outlook about the future. The negative outlook was reflected in current hiring plans, retail sales, inventories and job openings.

The small-business pessimism is consistent the declining number of new jobs created, as reflected in the most-recent unemployment report. The unemployment rate fell in March from 7.7% to 7.6%, but the decline was due largely to about one-half million fewer workers participating in the labor market.

When workers drop out of the labor market, they are not counted in the official unemployment statistics.

Given the latest disappointing employment report, the market is now searching for good news. Fortunately, except for reports on retail sales and consumer confidence, this week will be relatively quiet when it comes to the release of economic indicators.

If the economy continues to meander along its current path, it will become increasingly more difficult to avoid the onset of a mild recession. In fact, the average length of an expansion in the post-World War II era is five years and the current expansion has lasted four years.

The good news is the stock market rally is continuing to keep investor confidence stable. However, should this confidence falter, it will bleed over into the rest of the economy, accelerating the downturn.