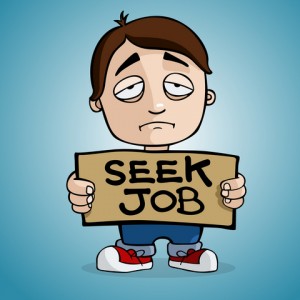 As U.S. stock markets continue to break new ground, a fundamental question remains. What will happen to millions of unemployed workers, and is the current economic growth sustainable enough to make a real difference?

While the government and analysts are reveling in the latest positive economic indicators, what they have forgotten is for vast segments of the unemployed population, these developments will not matter at all.

Instead, the government must focus on several unique barriers to full employment more explicitly. Those barriers will not be crumbled by a run-up in the stock market and more positive economic indicators. Yet they continue to leave leaving millions of workers unemployed and underemployed.

The Dow closed up 91 points on Friday to reach 14,512. Increasingly, economic signs indicate the recent run-up in equities is not a fluke but is based on solid fundamentals. Corporations sat on the sidelines hoarding record amounts of cash for the last several years. Now, their investment and spending is accelerating. Many important economic indicators showed significant strength over the last month. For example:

Last month the economy created 236,000; jobs more than twice the amount added the month before.

Domestic oil prices declined by $3.00 per barrel over the last month

Consumers spent more and save less over the last month, retail expenditures increased by 1.1%

The Continuing Challenge of Unemployment

Despite the robust signs of economic growth, several fundamental facts remain when it comes to the issue of unemployment.

The factors contributing to high rates of Black and Latino unemployment are the following: disadvantages in the distribution of jobs and occupations (Blacks and Latinos are in more low skilled and temporary jobs), lower rates of educational attainment, extreme wealth inequality, high rates of incarceration, poorly functioning and unresponsive public education systems especially in large urban areas, and a spatial mismatch between where jobs are located and where most Blacks and Latinos live.

Major factors affecting manufacturing employment include global competition, which is driving production jobs away from the country and forcing corporations to use more laborsaving technologies.

Unless Congress and the Administration develop a strategy to confront these unique challenges, there will continue to be an ever widening gap between the privileged few who are benefiting most from the run-up in equities, and the massive numbers of working-class Americans who are struggling to maintain a basic quality of life.