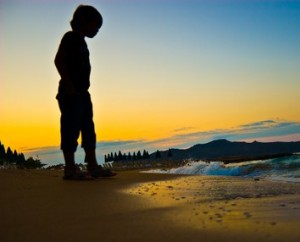 A Special to the Gazelle Index by Keith Jennings

After months of campaigning, presidential debates and a generally respectable electoral process, Kenya remains on edge as Uhuru Kenyatta  (son of the country’s first President Jomo Kenyatta), was declared President this week by the Independent Election and Boundaries Commission (IEBC). The intense conditions surrounding the elections have the country’s security forces are on high alert.

Therefore, the question of “Whither Kenya“ is relevant for the entire African continent. The election in Kenya raises questions about whether the results were credible, whether a peaceful electoral process can be implemented, whether it is rational to depend on new technologies to deter fraudulent behavior, whether ethnic politics have a useful role in democratic societies, and finally whether election outcomes in Africa are moving the continent closer or further away from its commitments under international law.

Kenya just concluded the most complex elections in its history.  The meaning and significance of the 2013 elections will be debated for some time to come.  At the beginning of the process, most Kenyans and members of the international community hoped that the Kenyan people would avoid the carnage that took place following the last presidential election in December 2007 when more than 1,400 people were killed in politically motivated ethnic violence, thousands more were injured, hundreds raped, more than 700,000 internally displaced and the Kenyan economy (a large part of which revolves around tourism and transportation) crashed.

Most would agree that had the former UN Secretary General Kofi Annan and other African leaders not intervened, the senseless killing could have continued on a mass level even leading to genocide. Annan’s intervention halted the violence and led to a political settlement that included the creation of the Prime Minister’s office; the development of a revolutionary constitutional reform process that resulted in the creation of new level of government; a gender requirement that not more than 2/3 of any gender should be present at any level of government; the reform of the judiciary, and much more.

c (son of the country’s first vice president, Odinga Odinga) who many analysts believed had won the 2007 elections, accepted the position of Prime Minister, knowing that he would likely be the frontrunner for the 2013 elections. In the run-up to the 2013 elections several larger coalitions emerged.  The two largest were the Coalition for the Restoration of Democracy (CORD) led by Odinga and the country’s current Vice President; and the Jubilee Coalition led by Uhuru Kenyatta and William Ruto, both facing international Criminal Court charges for crimes against humanity that are associated with the 2007 post-election violence.

The final numbers posted on the IEBC official results board show Kenyatta winning the needed 50 + 1 by only 4,100 votes, thereby eliminating the need for a second round runoff with Railah Odinga. According to the IEBC’s final tally, with all 291 constituencies reporting, Kenyatta received 6,173,433 (50.03%) and Odinga received 5,340,546 (43.28%) of the total vote of 12,338,667. There are 14,337,399 registered voters, which indicates an 83% turnout. At the same time, the IBEC data shows that Kenyatta’s vote total was 820,000 more than what Odinga received, leading some to speculate that a run-off would not change the eventual outcome.

However, Odinga’s supporters have argued that there were many problems with the IEBC tallying process and that the totals for each candidate on the official tally board do not add up.  In reality, the totals appear to be correct and Kenyatta by 4,000 plus votes.  The position of CORD is that if such a mistake was made then it is possible that others were made and for such an important decision, the IEBC must be certain of its “official” findings.

The large number of rejected ballots cited as a key problem during the counting process was reduced from over 400,000 to 108,997 or from approximately 6% to 1%. According to the IEBC the earlier reading was caused by a computer error that multiplied the rejected ballots by eight, the number of presidential candidates. The IBEC’s explanation was generally accepted, as the numbers seems to match.

Nevertheless, most parties, the media and Kenyans remained critical of the IEBC’s handling of the failed electronic poll books and the failure of the electronic transmission of the results. The failures resulted in the commission using the old manual system that is so closely associated in the past with manipulated results.

The failures led to accusations that westerners were attempting to sabotage the process. Although this is untrue, it is likely to be the main future message of the 2013 elections.

On March 8, 2013, Afrigon, a civil society group that focuses on governance issues, went to the high court to have the tallying stopped because the law says results have to be transmitted electronically. The High Court refused to take any action because it does not have jurisdiction over presidential elections, –the Kenyan Supreme Court has jurisdiction.

Many speculate a Kenyatta administration may eliminate civil society opportunities because this segment was the strongest supporters of the ICC case against him. At the same time, Odinga says he will not concede defeat because the elections were flawed. Despite this, it appears that most diplomatic missions, the African Union and governments in the East Africa region are ready to recognize his victory.