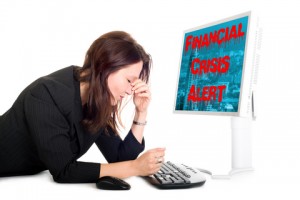 Republicans appear to have outmaneuvered Democrats on the budget battle. What Republicans are betting on is the size of the general cuts in government spending (sequester) is not deep enough to derail the economy and cause a recession.

At present the odds favor the Republican’s bet. However, public opinion and expectations may change rapidly as a result of the sequester. If that happens, a precipitous drop in consumer spending and business investment will occur, dragging the economy into a recession sooner than the Republicans could have imagined.

Working against the Republicans bet are three things: 1. The economy is already close to the average length of time that an expansion phase of an economic recovery lasts. 2. Economic expansion slowed down significantly during the fourth quarter of 2012 (GDP growth was .1%). 3. Consumers have cut spending drastically and are now saving 6.5% of their disposable monthly income. At the same time, the only investment occurring among businesses is in aircraft related manufacturing. In other words, the economy entered a noticeable period of slow growth, prior to sequester.

The first round of budget battles was fought over the fiscal cliff. Republicans preserved virtually all of the Bush era tax cuts except the share of taxes paid by the very wealthy (those with incomes over $400,000). Now Republicans are digging in to withstand the storm of draconian budget cuts – the sequester.

It was a miscalculation on the Democrats part to think the public could be persuaded that sequester would cause a recession and therefore, Republicans would be forced to act. In fact, even if the cuts were  paired with reversing the Bush era tax cuts (i.e. the fiscal cliff), the odds are the two policies would have caused only a significant slowdown in the economy – not a recession.

With the Bush era tax cuts largely preserved, the corporate sector is not jumping on the bandwagon to stop the sequester, as it did to stop the fiscal cliff (which included tax increases that would have affected businesses).

The sequester will largely affect three things: 1. Military operations; 2. The efficiency with which the government operates; 3. Programs for the middle class and poor.

Republicans are calculating the administration will be forced to reshuffle the budget to address these cuts; while the President maintains he will do no such thing. 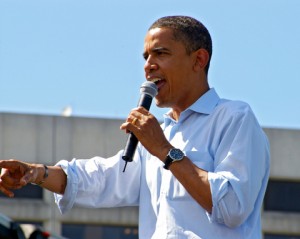 One thing is clear, starting tomorrow the federal budget will be cut $85 billion by the end of the fiscal year. On this point, the Democrats miscalculated. They thought the fear of a recession would scare Republicans into a compromise.

Perhaps this would have worked had the Democrats still had the corporate sector on its side. However, now that the Bush era tax cuts have been largely preserved, corporations do not have the intensity of concern they displayed earlier. They have also loaded their coffers with cash in case a recession occurs.

The only card the Democrats have to play is whether the  sequester disrupts  society and  the economy so much Republicans will be forced to reverse their course of action. If this does not happen, expect to see sequester for the next 10 years. On the other hand, if the sequester causes a recession, say goodbye to a Republican majority in the House for perhaps the next ten years.

The bets are only the table. Unfortunately no matter who wins,     the middle class, poor and military personnel will lose.