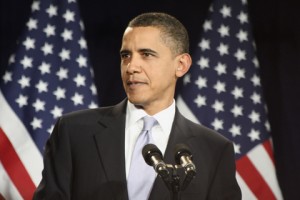 President Obama gave the annual State of the Union address to a Joint Session of Congress. He opened by declaring the state of the union is stronger; nevertheless, millions of working-class Americans are still struggling.

The President started by juxtaposing the record rise in corporate profits against the slow grinding stagnation of middle-class salaries and wages. He argued we must revive the middle class. Unless this is done, the recovery will be meaningless.

The speech surprised many because it was less polarizing than what had been anticipated. In fact, it was laced with moderate concessions to Republicans while at the same time, it appealed to the middle class by guaranteeing it would not incur greater sacrifices than the wealthy.

On Medicare, he pointed to the need to make modest changes; however, he went on to state that we cannot ask Medicare recipients to sacrifice more than what we ask of the wealthiest Americans.

Similarly, he expressed a willingness to reform entitlement spending, but also argued for tax reform so that the super-rich will not have loopholes and havens that are denied to ordinary working-class Americans.

While the President supported spending cuts to reduce the budget deficit, he also maintained those cuts cannot be thoughtless, asserting, “We must replace reckless cuts with smart savings.” He chastised the stalemate in Congress over deficit reduction by asserting, the greatest nation on earth cannot continue to drift from one manufactured deficit crisis to another.

In his words, America must become a magnet for new jobs. The President returned frequently to the topic of energy efficiency, climate change and sustainable/clean energy policies. He noted whether one agrees or disagrees with science, it is hard to discard the fact that 12 of the last 13 years have been the hottest on record and the country and the world’s environment have been slammed by one destructive natural event after another. Therefore, he argued; despite one’s belief, it is time to act on the environment.

While maintaining his proposals would not add to the deficit, he argued for universal early-childhood education indicating that society receives a return of $7 for every $1 invested in the quality education for disadvantaged kid. He proposed reforms to the funding formula for higher education so that colleges will receive government aid based on their ranking against an index of affordability and value.

Perhaps the most eye-raising proposal was the Presidents insistence that minimum wage be raised to $9 an hour and tied to a cost-of-living index.

The President ended by recognizing persons in the audience who experienced hardships. For example, a 102-year-old woman from Florida who stood in line six hours to vote received a rousing applause from the Congress. The President argued for a bipartisan commission on election reform so that no American would be denied the right to vote by unnecessary bureaucracy and inefficiency. 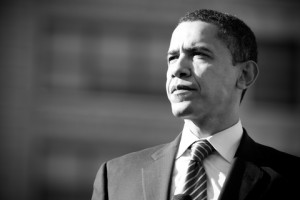 Finally, he addressed the issue of gun violence by pointing to the parents of a young teenage Chicago girl who was recently killed by gun violence; the families who lost children in the Sandy Hook Elementary School massacre; Congresswoman Gabby Gifford, whose career was interrupted by gun violence and several other tragic occurrences. President Obama called for action in the name of all individuals and communities which experienced senseless violence resulting from the uncontrolled distribution of automatic weapons.

Although the speech was long, it was not as politically polarizing as expected and was peppered with modest concessions to Republicans, proposals to reduce the deficit, grow the economy, create a more sustainable environment and build a more competitive economy by improving the quality of education and workforce readiness.

Indeed, the proposals were very modest. Unfortunately, the current environment requires bold action to reduce the deficit and grow the economy. Hopefully, the measured approach taken by the President will provide the Republican Party opposition the carrot it needs to move beyond political bickering while forcing Democrats to make reasonable compromises on spending cuts.