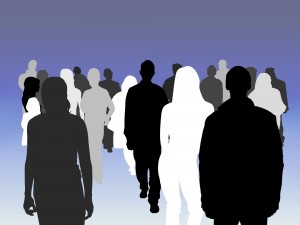 Activists in South Africa are searching for a solution to the distressingly high rate of unemployment among blacks. In the US, the concern is the same.

Both economies are recovering from the last recession very slowly. However, the benefits of the recovery are not trickling down in a noticeable way to blacks in either country.

Consider the following example. In the US, December 2007 was the peak of the business cycle, or the last month of growth before the onset of the recession. During that month White unemployment was 4.4%, but black unemployment was 9.0%.

Also, the best quarter of U.S. growth in the last decade occurred in the 4th quarter of 2003. During that quarter, the GDP grew by 6.7%. Nevertheless, the unemployment rate for blacks was still 10.6%. Clearly, economic growth is not enough.

In fact, neither the South African government nor the US government would allow their economies to grow above 6% or 7% for any extended period of time because the central banks would be frightened to death of inflation. Therefore, they would put the monetary brakes on and slowdown economic growth, which would cause an increase in unemployment.

It is time to be realistic and face the fact that growth policies are important, but by themselves they will do little to reduce the high rates of unemployment among blacks in the US or South Africa.

Nature of the Problem

In both societies, the racial disparities in unemployment reflect the legacy of discrimination and disenfranchisement. Racial practices are part of the historical legacy of both countries. Those practices ultimately placed blacks at the bottom of the socioeconomic ladder.

It is rather easy to document the historical mechanisms that manufactured today’s racial inequality. But it is much more difficult to solve the problem; and simply recounting the ugly history of racial discrimination is not enough. We must come up with more creative solutions to address this issue; especially since we cannot rely on economic growth to solve the problem, even if it returns robustly.

Common factors contributing to high black unemployment in the US and South Africa, other than racial discrimination, includes the following:

Clearly, both countries have common problems when it comes to the issue of black unemployment. The complex and multifaceted nature of the problems suggest that piecemeal solutions are not enough. It is great to have job training programs, but such programs do little to improve the poor educational infrastructure of schools that most blacks attend.

More vigorous enforcement of anti-discrimination laws and implementation of affirmative action programs would certainly help. However, that still would not be enough. Just as a problem is multifaceted, the solution must be also.

The governments in both countries must recognize the deep-seated crisis of black unemployment and be willing to commit the necessary resources, both human and financial, that are required to solve the problem.

After all, they used a multifaceted strategy to rescue financial institutions and other industries that were threatened with bankruptcy during the great recession. So, these kinds of strategies are not uncommon, they simply have not been applied to address the employment