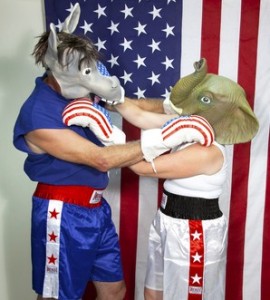 During January 2013, the labor market loss significant momentum during the month of January and created a disappointing 157,000 jobs.  Forecasters expected at least 195,000 jobs and a decline in the unemployment rate.  Instead, the unemployment rate increased from 7.8% to 7.9%.

The disappointing outcome is attributable primarily to one factor, the political gridlock over the budget deficit which has dampened consumer confidence, increased corporate uncertainty and caused a significant decline in consumer spending and business investment.

Political wrangling over the fiscal cliff issue occupied Congress for the last three months.  The constant fighting led to cutbacks in consumer  spending and it put a spike in business investment.

For example, consumer confidence continued its downward declined from an index value of 72.9 to a value of 71.3 in January.  Even more importantly, consumers cut back on spending and increased their savings to levels not seen in recent times.  The personal savings rate in January jumped to 6.5%, from 4.1% in November.

The significant cutback in consumer spending, and the drastic increase in savings are almost by themselves factors that can explain why fewer jobs were created than expected.  The bright spot regarding consumer sentiment is the decline leveled off in January, from the rate at which it was plunging in December.

A bright spot in the jobs report was employment continued to grow in construction, which added 28,000 jobs.  Jobs were also created in retail trades (32,600), health care and social services (27,600), professional business services (25,000) and leisure and hospitality (23,000).  During the month, the trucking and warehousing industry experienced a net loss of 14,200 jobs, which was followed by the government sector that subtracted 9000 jobs.

One development makes the jobs report particularly troubling is this. The rise in the unemployment rate was not caused by a large number of workers reentering the labor market.  Often during recoveries, the unemployment rate may increase when workers reentering the labor market in search of work.  This adds to the number of unemployed workers, but is a positive development because it reflects worker optimism about job opportunities.  However, during the month of January the size of the labor force expanded by only 126,000, not enough for economists to feel optimistic that workers have a new positive attitude about employment prospects.

In general, the labor market report was consistent with the newly released growth figures for GDP, which indicated the economy declined by -.1% during the fourth quarter.  The decline was caused by the hemorrhaging of business investment, which reflected the uncertainty over the way in which Congress handles the fiscal cliff. Since that issue is behind us, perhaps the economy can return to normal growth.

There are encouraging signs, more recently, that businesses are beginning to feel more confident and therefore spend more.  For example, new orders for durable goods increased by 4.6% in December, and business fixed investment finally turned the corner, increasing by 8.4% overall during the fourth quarter, where it it had languished at very low rates during the third quarter.

The bottom line regarding  the economy is that Washington politicians must move themselves out of the way so the economy can grow jobs. It is past time that they negotiate in good faith to solve the budget deficit, rather than use the issue as a tool for political advantage. During the battles over the budget deficit the unfortunate victims have been workers, who desperately need employment opportunities.