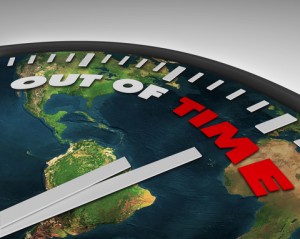 Hurricane Sandy has weakened the economy, which was growing robustly over the last several months. The slowdown in growth caused by Sandy and the significant cutback in corporate investment spending, have made the economy vulnerable. If Congress fails to avoid the fiscal cliff, a new recession in 2013 is a strong possibility.

According to the Congressional Budget Office, if everything were normal during 2013 the economy could grow by as much as 4%. However, everything may not be normal. Whether we grow, or nosedive into a new recession will depend upon the willingness of Congress to reach a compromise on the fiscal Cliff.

Until hurricane Sandy devastated the Northeast, the economy was gaining sustained momentum and was close to reaching the benchmark 200,000 jobs monthly that are needed to accommodate new entrants into the labor market and reemploy millions who have become discouraged and stop looking for work.

Over the last several months, housing starts were up significantly, home prices increased nationally, automobile sales were strong, consumer confidence was higher, and so was retail spending.

Although unemployment increased in October from 7.8% to 7.9%, the increased was caused by over 600,000 workers who came back into the labor force — primarily because they were optimistic about finding employment. Workers who drop out of the labor market are not counted among the unemployed, but when they reenter the labor market they are counted.

Recent data suggests that Hurricane Sandy’s devastation will ripple through the entire economy, and not just the Northeast corridor where it struck the hardest. Last week, we have witnessed a substantial increase in new claims for unemployment insurance and a noteworthy decrease in auto sales.

Economists are still waiting to assess the damage of Hurricane Sandy on the economy, but it is likely to raise the unemployment rate by .2%, forcing it back over the 8% threshold. It will also cut into GDP growth, perhaps by .3% or more.

In addition to the adverse effects of Sandy, if Congress does not address the fiscal cliff, $607 billion in spending will be taken out of the economy in the form of automatic increases in tax revenues and reductions in budgetary spending.

Even before Sandy hit the economy, it was estimated that the failure to reach a congressional compromise on the fiscal cliff, would reduce growth in 2013 to .5%.

Given the slowdown in growth caused by Sandy, it is almost certain that we will enter a new recession. Surely, it is time for political leaders to put partisanship aside and act immediately in the best interest of the country.