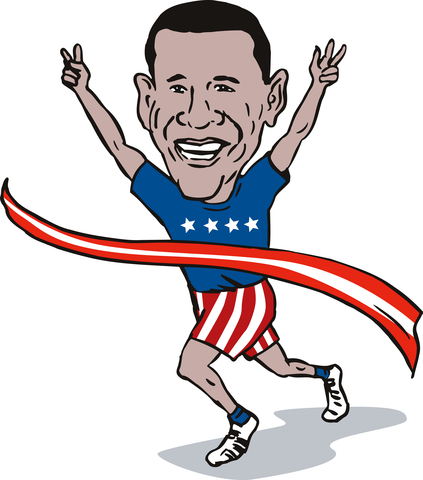 For 350 years, blacks were enslaved in America. Last night, the country reelected its first black President. The election had added significant in that for the first time in over one-half century, a sitting President was reelected when the unemployment rate exceeded 7.5%.

This means, the majority of Americans trust that, with four more years, President Obama will fulfill the promise and hopes they have vested in him.

If his acceptance speech is a measure of the second term, it appears he is now more than ever, strongly committed to fulfilling those aspirations. The President’s tone was humble, yet determined. It was also embracing of all groups and interests, but at the same time focused on achieving the vision and conquering the tasks ahead.

To his opponent Mitt Romney, Obama had praise for the hard fought election and for the contributions his family has made to the American politic. It was a gracious gesture; especially given the nastiness of the campaign.

Overall, the President spoke with a new sense of unity, determination, humbleness and a level of confidence not seen during his first term. Clearly, he is  focused more than ever on achieving the change that his campaign has promised for so long.

The country has many tough battles ahead. It selected President Obama as the leader best suited to the tasks. With his reelection, it is now time for democrats and republicans to reset,  and deal more responsibly with the demanding issues of the day – achieving jobs, growth, fiscal responsibility and a higher quality of life for all Americans.