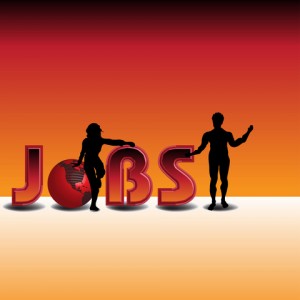 If I were in my principles of economics course and this were a classroom, I would give today’s Jobs Report a grade of B, even though the unemployment rate increased slightly. Here is why!

Most new jobs were created in the following industries:

The economy continues to add jobs at a moderately strong rate, averaging about 170,000 over the last three months.

The unemployment rate increased slightly from 7.8% to 7.9%. The increase was caused by a large increase in the number of persons reentering the labor market.

Specifically, the civilian labor force expanded by 578,000 workers , and the number of workers not in the labor market declined by 369,000. This means, workers are more optimistic about finding work.

The unemployment rate increased significantly among blacks, but remained virtually unchanged for whites and Latinos. Among blacks increased from 13.4% to 14.3%.

The increase in the black unemployment rate was caused by the large number who reentered the labor market. Specifically, while the labor force increased by 578,000 workers;  68% of that number (387,000) was attributable to blacks.

Additionally, while the number of persons not in the labor force declined by 369,000, blacks made up 350,000 of that number.