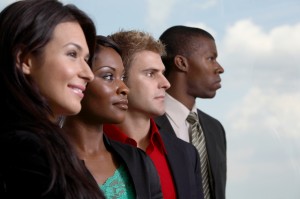 Today, unlike in the past, the typical minority enterprise is not a marginal establishment engaged in personal service or small-scale retail activity.  In fact, African Americans are most heavily concentrated in health care industries. The largest percentage of Hispanic Latino businesses are engaged in construction and Asian businesses are most heavily concentrated in professional, scientific and technical service industries.

The effects of the recession, anemic recovery, cutback in government spending and tighter lending standards are having a disproportionately adverse effect on minority businesses. Nevertheless, the minority business sector, just like the minority workforce, is critical to the future vitality of the American economy. As a nation, we must acknowledge this momentous change and design smart policies for the increasingly diverse small business sector and labor market.