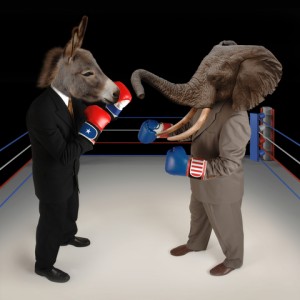 President Barack Obama and Governor Mitt Romney will square off in the second Presidential debate. This time, the stakes are even higher for both candidates, since time is running out.

During Tuesday’s debate, both candidates will likely pay homage again to the indispensable role of small businesses in the economic recovery. That being true, it is important for each to understand that the desires of small business owners differ by race, ethnicity and gender.

Firms owned by minorities, which represent 21% of the nation’s 27 million small businesses, are not the same as those owned by non-minorities.

President Obama’s lack luster performance in the first debate has allowed Romney to narrow a solid lead in several swing states. However, an unexpectedly strong employment report (the unemployment rate dropped from 8.1% to 7.8%) and a take no prisoner vice presidential debate performance by Joe Biden have given the President an opportunity to restore command of the race for the White House.

The nationally survey was issued to 631 randomly selected CEOs of small businesses with 10 to 100 employees. The survey was designed so that the responses from African Americans, Latino Americans, white women and white men would have a 5% + or – margin of error. The responses indicated the following.

The survey respondents said two policies would have the largest positive effect on small business hiring: 1. reducing taxes on businesses; and 2. making small-business loans easier to get.

The survey results found that if the government reduced business taxes, 36% of non-minority CEOs and 46% of minority CEOs would definitely increase hiring. Broken down by race and gender group the results are as follows. Forty-three percent (43%) of businesses owned by men and 30% of those owned by women would increase hiring. Among race and ethnic groups, Latino business owners had the strongest positive response to reducing taxes. Specifically, 55% said that they would definitely increase hiring if taxes were reduced, while this was true for 42% of blacks and 37% of whites.

In summary, the most effective way to increase small business hiring is to reduce taxes and make small business loans easier to get. While President Obama has introduced several legislative initiatives to accomplish both objectives (e.g. the JOBS Act), the Romney campaign has focused almost exclusively on tax reduction strategies. Furthermore, beyond specifying a 20% reduction overall, the details of the Romney tax reduction have not been specified.

The Presidential debate is an ideal opportunity for both candidates to spell out their small business proposals. In doing so, they should recognize that all small businesses are not the same. In particular, differ by race, ethnicity and gender. It would be nice if the candidate’s policy proposals reflected this fact.