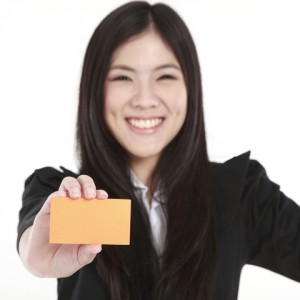 Small Business owners can be encouraged by the fact that the Conference Board Index of Consumer Confidence made a big jump in September to 70.3, from the August level of 61.3. The index reached the highest level in almost a year. It was driven by consumer’s positive assessment of current economic conditions and job market prospects and the improvement in their short-term optimism about the future.

Consumer confidence is a key factor influencing how much households will spend, and their spending creates two-thirds of total demand for products and services to the economy.

The increase in consumer confidence was reflected in the Redbook Research report on retail sales in September, which indicated sales grew by 1.8% from the August growth rate of -.4%.

Between July and August, auto and truck sales continued to be very strong, increasing from 14.0 million to 14.5 million. At the same time, the housing sector made notable improvements; housing starts increased from 733,000 to 750,000 and sales of existing homes increased from 4.47 million to 4.82 million. These are among the most important sectors of the economy and the reinvigorated activity occurring is a positive signal.

The final bit of encouraging news is the slowdown of oil price increases. The price of a barrel of oil was $87.90 in July and $94.20 in August. However, in September, the steep increases subsided and the price per barrel was just $95.30.

The positive outlook among consumers was tempered by the fact that the Conference Board’s measure of CEO Confidence (of major corporations) was gloomier. Between the second and third quarters of 2012, CEO confidence declined from 63.0 to 47.0. Any reading below 50 indicates that CEOs are more negative than they are positive about the future.

CEO confidence is dampened by the presidential election. Investors are waiting until after the November presidential election to make major commitments on new capital projects; this is adversely affecting supply chain opportunities for small businesses and therefore employment.

The CEOs are also concerned about how the political parties will handle the expiration of government tax and spending incentives, which will expire automatically in January (i.e. the fiscal cliff).

If these policies expire with no government intervention, the dampening effect on economic activity will be significant and push the economy close to a recession. GDP growth is currently just 1.9% and the fiscal cliff will probably subtract a full percentage point from that level.

Despite the bad news, the signs of economic activity are still more positive than negative, but the prospects for strong job creation within small businesses will have to wait until corporations invest more.