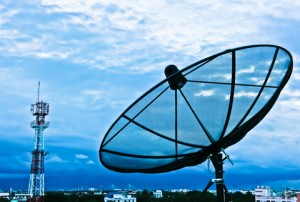 Occasionally, the Gazelle Index will examine the status of minority firms in different industries. In this examination, we take a look at firms in IT and telecom and related industries owned by firms owned by African Americans, Latino Americans, Asian and Pacific Islanders, Subcontinent Asians and Native Americans.

The results suggest that minority-owned businesses in telecom are doing much better than are firms in most other industries. Industries examined include software publishing, internet publishing and broadcasting, data processing, wired telecom carriers, and web hosting and related services, earn much higher revenues than average.

To investigate this in more detail, EuQuant (which powers the Gazelle Index) used government data from 2008. We analyzed the performance 47,000 minority and non-minority-owned small businesses that were registered with the federal government through the Central Contractor Register (CCR). Small businesses are generally defined as those having 500 or fewer employees.

Seven percent (7%) of firms owned by Asian and Pacific Americans operated in this industry, 7.3% among black Americans; 4.2% among Latinos; 3.4% among Native Americans; and 13.2% among subcontinent Asian Americans. In comparison, just 4.3% of white owned firms operated in IT and telecom industries.