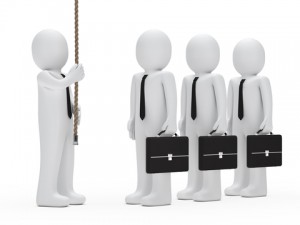 They succeed only because they participate in corporate supply chains, business-to-business transactions, government procurement operations and consumer purchases.

Government procurement awards to small businesses do not create jobs; they mainly help sustain them because procurement contracts are seldom awarded to start-up companies. Furthermore, the fiscal austerity measures being imposed by government jurisdictions means that government contribution to small business vitality will be more limited for some time to come.

Therefore, small business job creation is being determined by corporate supply chain opportunities and consumer purchases. Consumers are continuing to do their part, but corporate investment is stalled. This creates an unsteady foundation for small business success.

Consumers are continuing to spend as reflected by increases in retail purchasing and in consumer confidence. Among positive recent developments, retail and food service sales increased from .6% in July to .9% in August. Also, Redbook Research indicated that retail sales alone jumped to 1.9% in September, from -.4% the previous month.

Corresponding to the increase in retail purchases, the University of Michigan’s index of consumer sentiment increased from 72.3 in July to a 74.3 in August.

Last week, the Federal Reserve instituted a new round of quantitative easing (QE3) which is designed to lower interest rates and make home purchases and expenditures on durable goods more affordable. New home sales continue to increase. After averaging 341,000 over the last 12 months, new home sales reached 372,000 in July, the most-recent month for which data are available.

Consumer spending on automobiles and trucks has been one of the brightest spots of the economic recovery. Units sold increased from 14.0 million in July to 14.5 million in August.

One unfavorable development affecting consumer purchasing is the gradual rise in the consumer price index, which is creeping up largely because of the escalating cost of energy.

Corporate and Government Sectors are holding Output Back

Unfortunately, the corporate sector is gripped by an inertia that is not likely to change significantly until the election landscape is clear. Congressional wrangling over a budget compromise is the primary contributor factor. As such, small businesses cannot expect new supply chain opportunities soon.

Two factors weigh heavily upon corporate decisions. The first is whether President Obama will remain in office for four more years, or will candidate Mitt Romney be victorious in November?

The second issue is uncertainty. Specifically, how will Congress handle the expiration of programs implemented to stimulate the economy? Those programs will expire in January if Congress takes no actions to prevent it. The result will be the fiscal cliff that has been so often discussed and dreaded.

On Friday, the White House reported that $109 billion in annual spending cuts will automatically occur in January, unless Congress reaches a budget compromise.

The prospect of those cuts occurring raises the specter of a further slowdown in economic activity, or even a recession. Therefore, corporate investors will await the outcome of congressional negotiations before deciding to make investment expenditures on new projects.

The hesitancy to invest is reflected in reports on industrial production, which declined from .5% in July to -1.2% in August. It is also reflected in business fixed investment. It declined significantly from 9.9% over the previous four quarters to 4.2% last quarter.

Implications for the Labor Market

How do these developments play out in the labor market? The latest Labor Department report on unemployment indicated that the rate of employment improved slightly from 8.3% in July to 8.1% in August. The decline in the unemployment rate however was largely caused by workers dropping out of the labor market. The number of new jobs created was just 96,000, much less than expected.

In fact, new claims for unemployment compensation have remained constant at a monthly average of about 371,000 in August and September. In other words, more workers and not being laid off, but they are also not being hired.