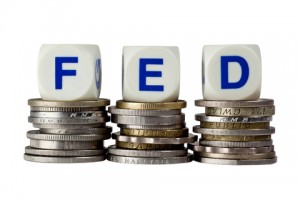 Yesterday the Federal Reserve Bank undertook another round of quantitative easing known as QE3. While QE3 will put more money into the economy, unless banking practices change, very little will find its way into small business loans and therefore, the impact on job creation may be very limited.

Small businesses and new start-ups are responsible for about two-thirds of new hiring in the economy. However, past experiences have shown that unless the Fed addresses some persistent problems in lending markets, the impact of QE3 on small businesses will be minimal at best.

In March 2009, the Federal Reserve undertook its first program to stimulate economic growth by lowering the interest rate. The assumption was that the lower interest rates would encourage greater consumer borrowing and purchasing, more home mortgages, more business borrowing and investment. All of which would create more jobs.

The first program was entitled QE1 (quantitative easing #1). The second program, entitled QE2, was undertaken in November 2010. The Federal Reserve implemented both programs by purchasing treasury notes and mortgage-backed securities owned by organizations such as Fannie Mae and Freddie Mac. By purchasing securities, long-term interest rates were pushed lower. These two actions increase the Fed’s balance sheet by more than $2 trillion.

Since 2009 there has been a significant decline in the percentage of domestic banks that have tightened commercial loans to small businesses. The net change in the percentage of banks that tightened loans declined from its peak of 80% in 2009 to 0% by 2012. Nevertheless, small business bank loans are still significantly more difficult to acquire today than prior to the recession.

Even as banks eased up on lending requirements, small-business loans continued to decline. In fact, community bank lending to small businesses declined by 22% between September 2008 and June 2010. Furthermore, the FDIC reported that business loans of less than $1 million declined by 19% between June 2007 and June 2011.

A research report by the Kansas City Fed indicated that policies which were designed to increase loans to small businesses, such as the FDIC Lending Loan Program and Small Business Lending Fund, had little effect.

In fact, the report found that among Community Banks (the historic partners of small businesses), if $502 million of capital were infused into them, it would increase their lending to small businesses by only $59 million. The situation is complicated by tighter bank regulations and by the fact that only 14% of community bank lending goes to small businesses.

There are several reasons why the effect of QE3 will be limited unless changes are made:

While the Fed has little control over the second issue cited above, it must find a way to address issues number one and three, otherwise the impact of QE3 will be minimal at best.