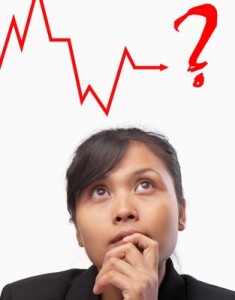 Fewer jobs are being created today because corporations  are hesitant to invest until after the November election is over. They are waiting to invest despite the fact that over the last several quarters they have earned record profits and have large amounts of liquidity. Nevertheless, until the uncertainty in the political and economic landscape has been resolved, corporations will continue to hold back on investing.

In contrast to the job creation of small businesses, only 9,000 jobs (or 7%) were created in firms with 500 or more workers, i.e. large corporations. 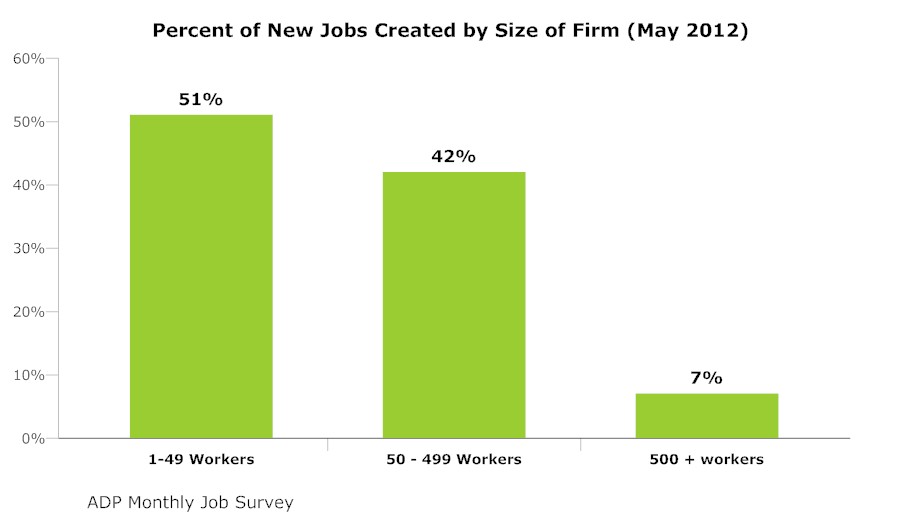 The conclusion is clear, we need small businesses to hire in order for more jobs to be created. The small businesses cannot do their part until a large corporations are more willing to invest. Unfortunately, that is not likely to happen until after the November elections and after the fiscal cliff (i.e. the suspension of tax and spending policies   put in place to stimulate the economy) has been addressed.