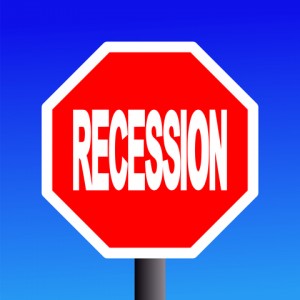 By February, a number of important stimulus measures will expire unless extended by Congress. The expiration of the Bush era tax cuts combined with automatic spending reductions are intended to decrease the budget deficit by $641 billion during the next fiscal year.

However, if $641 billion is extracted from the economy, it would lead to a contraction in income and jobs by an amount that is much greater than the original spending cuts. That is, the stimulus multiplier will work in reverse and that is why there is so much talk about the fiscal cliff.

To understand this, look at government policies that were designed to combat the “great recession”. The government injected billions of dollars in stimulus spending. The successive rounds of spending and income ultimately created an amount of new economic activity and new jobs that were much greater than the original injection of cash.

Government stimulus spending has a multiplier effect on jobs and income because when money is injected into the economy, it becomes income to businesses and individuals who undertake more spending. This added spending creates even more income and spending in successive rounds and ultimately results in an amount of jobs and business activity much greater than the initial round of spending.

However, the multiplier effect also works in reverse. That is, money extracted from the economy will reduce income and jobs and the effect will be just as powerful in the opposite direction.

The fiscal cliff would mean a significant reduction in spending, which has the potential to drag the economy into a new recession. Keep in mind the economy is already weakened by the European debt crisis, the growing loss of domestic confidence and the unwillingness of investors and consumers to make major spending commitments before the election. If it takes a further blow by the fiscal cliff, that blow could be a recession catalyst.

A large negative multiplier operating within an already weakened economy is a recipe for disaster!

The Congress is currently in recess and when it returns it will have only 13 days remaining for legislation before the November elections.  Unfortunately, there are no visible signs that the two parties are prepared to compromise and resolve the looming crisis.

It may be hard to believe, but the economy has been in a formal expansion for the last three years and two months. That expansion has been punctuated by months of rapid growth followed by pronounced slowdowns. Nevertheless, the economy has crawled along and created jobs – even though not enough to reduce the high level of unemployment created by the last recession.

The Congressional Budget Office (CBO) estimates that GDP will grow at 2.2% in 2012, unless we hit the fiscal cliff. If the latter occurs, growth is projected in 2013 at 1.1%. That rate is so low that any negative event would easily drag it into a recession.

Since the 1940s, the average expansion has lasted five years before the onset of another recession. The US economy has been in the current expansion for over three years. With time running out and growth slowing down, the fiscal cliff could not happen at a worse time.

Based on the Budget Control Act of 2011, automatic across-the-board cuts will occur unless a compromise is reached on a budget reduction plan. The actions that are of concern include the following:

It is time for Congress to put aside political gaming and act in the best interest of the economy, to avert this looming catastrophe.

If this does not happen, expect to see all the progress that has been made on unemployment over the last year reversed, and the unemployment rate increase above 9%.