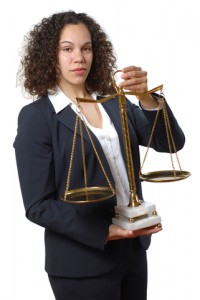 This is the second part of a two-part article. Part I appeared on yesterday. The article explains the August 15, 2012 decision of the US District Court of the District of Columbia. It ruled that the federal government’s Section 8(a) Program is constitutionally valid.

In this segment, we examine how the 8(a) Program operates and describe and why the court approved it constitutionally but ruled against the way in which the program was applied in the specific instance under consideration, i.e. the case of DynaLantic v Department of Defense.

How the 8(a) Program is Implemented.

The Small Business Administration implements the 8(a) Program, including the procurement preference aspect. It does the latter by purchasing contracts from various government agencies and making those contracts available to bid among program participants.

Last year, the net worth ceilings were increased significantly to account for inflation and to allow for greater capacity development among minority enterprises. The changes were based in part on research conducted by EuQuant (which powers the Gazelle Index).

In 2012, the SBA reported that 8(a) Program participants received 6.7% of the $90 billion in prime contracts awarded to small businesses during 2009. In 2007, EuQuant measured the average revenue of program participants. The outcome is provided in the table below.

In 1995, the 8(a) Program was sued (DynaLantic Corporation v. U.S. Department of Defense). Dynalantic sells simulation and training equipment to the Department of Defense. The Corporation claimed that the procurement features of the 8(a) Program prevented it from bidding on a contract for which it was qualified, because it was not a program participant.

The suit claimed that the program is an unconstitutional racial preference and thereby violates the equal protection clause under the Fifth Amendment to the Constitution. The suit also asserted that its rights under Title VI of the Civil Rights Act of 1964 were violated by the program.

Over the years, many court decisions were rendered in the DynaLantic case.  For example, in 2008, the Federal Circuit Court ruled that Congress did not have sufficient evidence to warrant the race-conscious application of the 8(a) Program as it was then implemented by DOD. Therefore, DOD suspended its own program; however, it continued to implement the Small Business Administration’s program. This led to a continuation of the suit.

The constitutionality of the program was affirmed because for many decades, Congress established a voluminous factual record of testimony, anecdotes and statistical evidence that documented the current and past effects of discrimination against minority businesses.

In contrast, the court ruled that the implementation of the program was not constitutionally valid “as applied” because the government did not present any evidence of discrimination in the simulation and training equipment industry.

The “as applied” aspect of the ruling raises a troubling issue, which is this. Will the government have to establish a record of direct discrimination in each specific industry in which it wishes to implement a program? If so, the ruling borders on allowing the program to be applied in “theory” but not in “practice”.

It would be great if this decision ended the legal battle. Unfortunately, the plaintiff may file another appeal, which means the struggle continues.