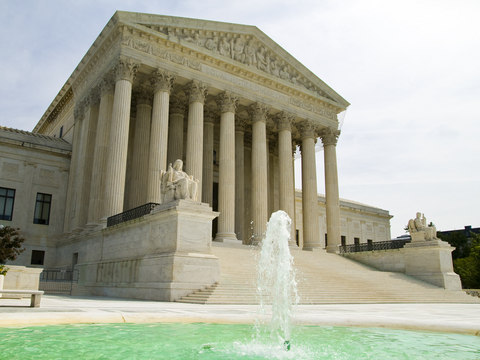 On Thursday, June 28, 2012, the US Supreme Court rendered a landmark decision on the Obama Administration’s Health-Care Reform Act.

In a 5 to 4 decision, the Court supported the major provisions, particularly the individual mandate.

In this post, the Gazelle Index staff explains in simple terms the various provisions of the Health-Care Reform Law that were at issue in the Supreme Court’s decision.

They are the individual mandate and the Medicaid expansion requirement. In a subsequent post, we will discuss the details of the Health Care Act.

Very few people understand the New Healthcare Reform Law. Therefore, it is understandable why some are unclear on the Supreme Court decision regarding it.

Ironically, even CNN and Fox News’s initial reporting on the decision was mistaken. They claimed incorrectly that the court had overturned the individual mandate, which is the heart and soul of the Law. In fact, the Court did just the opposite.

The best available summary of the details of the Law is provided by the Kaiser Family Foundation entitled, Summary of New Healthcare Reform Law.

We write this post for the ordinary individual who does not have the time or interest to wade through the voluminous Health Care Law and legal opinion.

The formal name of the law is the Patient Protection and Affordable Care Act. In lay terms, it is simply referred to as the Health-Care Reform Act.

The act has a number of provisions, which are designed to create universal health care coverage in America. The various provisions fall under the following categories:

A Quick Summary of the Law

Twenty-six states and the National Federation of Independent Businesses sued the government claiming the Health Reform Law was an invalid expansion of congressional power.

In particular, they challenged the constitutionality of the individual mandate, and the Medicaid expansion provisions.

The Supreme Court’s interpretation of the law was as follows:

Even though the Medicaid provision was overturned, the court argued that Congress would have wanted the remainder of the Act to be enforced had it known that states would have a genuine right to opt out of participating. Therefore, all remaining provisions of the Healthcare Law were rendered Constitutional.