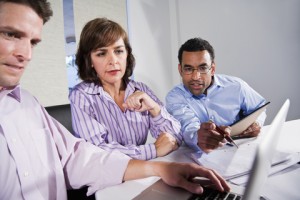 This is Part 2 of a two-part article on women-owned small businesses in America. Part 1 examined the industry distribution and annual sales of women businesses in 2011.

This part discusses the regional location of a those businesses and examines their employment and years of operation.

The information was generated by the Gazelle Index, which was created to close the information gap on minority-owned and women-owned businesses.

The Gazelle Index is the first ever national quarterly survey of the outlook and hiring plans of minority, women and non-minority small-business owners.

The responses of business owners were broken down by blacks, Latinos, white women and other non-minorities.

This examination is based on responses from white women who own small businesses with 10 to 100 employees. The results are based on a random sample of 1443 companies.

In Part 1, we noticed that the industry with the highest concentration of women businesses was food, entertainment and hospitality services, which contained 12.5% of all businesses.

The industry with the second largest concentration of businesses was health, education and social services, 12.2%; this was followed respectively by manufacturing, 10.8%; retail trades 9.4%; personal and repair services, 8.1%; construction, and 7.1% wholesale trades, 7.1%.

Part 1 also indicated that the average revenue of women-owned small businesses was $1.9 million in 2011. The industry with the highest annual revenue was wholesale trades, $4.6 million; followed respectively by information services, $3.2 million; manufacturing, $3.0 million; finance, insurance and real estate, $2.7 million. The industry with the lowest annual revenue was food, entertainment and hospitality services, $674,339.

Part II, focuses on the characteristics of women-owned businesses based on their regional location, employment size and years of operation.

Profile by Region, Employment and Years of Operation

The South was followed by the West, where 23.7% of women-owned businesses were located and their average revenue was $2.3 million, the highest among all regions.

The third region where women businesses were concentrated most was the Midwest, which accounted for 21.3% of all businesses and the average revenue was $1.8 million.

Finally, the lowest concentration of women-owned businesses was in the North East, 17.7%. Average revenue in that region was $2.2 million.

The next largest industry as measured by employment size was information services, where the average employment was 26 workers.

The business services industry was the fourth-with 24 employees, while health, education and social services, in addition to professional and technical services each had 23 employees. The smallest industry as measured by employment size was personal and repair services, 17 workers.