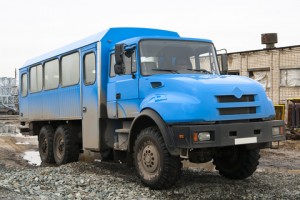 It is well accepted that small businesses account for the majority of new jobs created in the US economy. However, small businesses rely on retail spending by consumers, business-to-business purchasing, corporate supply chain operations and government expenditures.

Whenever there is a gap in one of those links, small business hiring will suffer. Therefore, to understand why employment has tapered off recently, we must look beneath the numbers to small businesses and more precisely to the food chain that sustains them.

According to the latest Labor Department’s Job Report, May unemployment increased to 8.2%; up from the previous month’s level of 8.1%. More noticeably, the economy created just 69,000 new jobs. Financial markets are scrambling to figure out what this means; is the employment glass half full, or is it half empty?

Although small businesses are the engine of job creation, they are often viewed in a vacuum— as if they exist as an island unto themselves. The small business food chain consists of demand from consumer spending consumers, business-to-business purchasing, corporate supply chain operations and government procurement. Any deficiency in one of those links will be reflected in a decrease in small business hiring.

Why Small Business Hiring Has Declined

If this were a normal recovery, the small business sector would be on a torrid pace of job creation, but the recovery is not normal. The pronounced up-and-down swings are unique – almost as if they are microbusiness cycles within the larger expansion. For the last two years, the winter season has seen rapid job growth, only to be followed by a pronounced slowdown.

The “great recession” devastated consumer spending, business-to-business purchasing, corporate supply chains and government expenditures. As each sector recovered it did so haphazardly, rather than simultaneously in a coordinated manner.

As government fiscal austerity measures set in, federal, state and local spending was reduced. So much so that by the first quarter of 2012, the decrease in government spending subtracted a full percentage point off of GDP growth; leaving the overall rate of growth at 1.9%, as compared to 3% the previous quarter.

Gradually, corporations gained more confidence and started investing the record profits they earned in 2010 and 2011. By Q3, 2011, business fixed investment reached 15.7%. That spending opened up supply chain opportunities for small businesses, which translated into about 250,000 new jobs each month between December 2011 and February 2012.

The Gazelle Index survey found that B-2-B spending is even more crucial to small businesses than are government sales: 64.2% of black CEOs, 57.3% of Latinos, 74.7% of women and 54.2% of whites said B-2-B spending is “very important” to achieving their business goals.

Last quarter, business fixed investment cooled off, but consumer spending picked up the slack. The bottom line is that small businesses are the direct creators of new jobs. However, they do so as part of a larger food chain which consists of corporations, B-2-B purchasing, government procurement and consumer spending. To understand why employment has tapered off recently, one should look behind the numbers to the food chain that sustains small businesses.