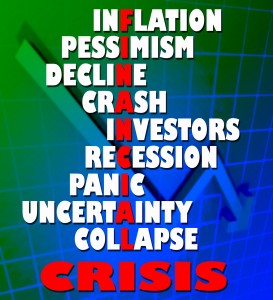 Faced with mounting concern over its pledge to keep low interest rates fixed through 2014, FED Chair Bernanke opted not to act. He cited concerns over the lack of strength in demand, the persistence of long-term unemployment and the overall weak labor market recovery. In truth, oil prices have risen to $106.07 per barrel, and that has taken a bite out of consumer spending. Thus, there is no need to raise rates to contain inflationary fears —at least, for the moment.

Nevertheless, it would have been much better if the FED had pointed to high oil prices as the reason for keeping interest rates low, instead of the rationale it offered. In talking down the progress of the economic recovery, Bernanke runs the risk of creating a self-fulfilling prophecy. That is, rather than continuing to feel upbeat about the future, the FED’s explanation for why it is keeping rates low sounds too pessimistic. As a result, it may cause businesses and consumers to start doubting the strength of the recovery and hoarding cash once again. This is what we do not want to happen, because it would stop the recovery dead in its tracks.

The economy is now growing at 3%, and the unemployment rate has decreased to 8.3%. Times are better than economists, and the FED predicted several months ago. At the end of last year the FED thought the economy would not grow faster than 2.3% to 2.6%, and the unemployment rate would remain stuck in the high regions of eight percentage points – they have been proven wrong. In comparison, the Gazelle Index predicted the rapid growth that the economy is now experiencing.

The FED has done a reasonably good job of managing a tough economic recovery with creative monetary policies.  However, the current growth creates an uncomfortable position because Bernanke vowed to keep interest rates fixed through 2014. Today, he reiterated his vow to keep interest rates low despite the progress of the economy.

The stock market rejoiced at the Fed’s decision, but the Central Bank is walking on thin ice. In talking down the economy, it may also be dampening investor and consumer confidence. If that happens, there will be no need to raise interest rates because the recovery will soon end—a victim of the FED’s own pessimism.