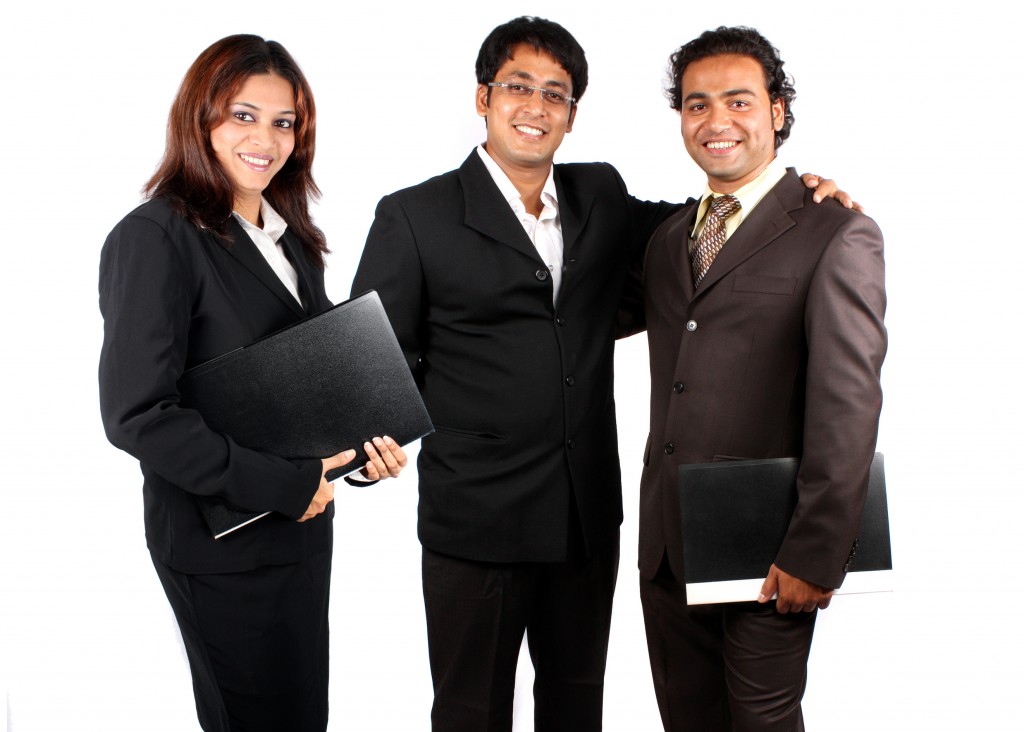 There were 1.5 million Asian businesses and generated $507.6 billion in revenue at the latest census, which was conducted in 2007. They now comprise 5.7% of all small businesses in the US.

Businesses owned by African Americans increased by 523% over the same time frame. Geographically, Asian owned businesses are most heavily concentrated in California, followed by New York and then Texas.

Firms owned by Asian and Pacific Islanders were most heavily concentrated in professional, scientific and technical service industries (36.3%). Likewise, firms owned by Subcontinent Asians were even more heavily concentrated in this industry, 46.6%. The next field having a high concentration of Asians was computer and electronic manufacturing, where 12.8% of Asian and Pacific Islanders and 11.9% of Subcontinent Asians operated.

The field in which Asians represented the largest share of all government small business contractors was Internet publishing, telecommunications and Internet service providers, 19.10%. This was followed by computer and electronic manufacturing, 14.9%; and professional, scientific and technical services 13.3%.

The average earnings of Asian and Pacific Islander owned firms was $2.8 million, while it is $2.7 million for firms owned by Subcontinent Asians. The largest revenue for both groups was in Internet publishing, telecommunications and Internet services, where they earned on average over $8 million annually.

All figures above are compiled for the year 2007. 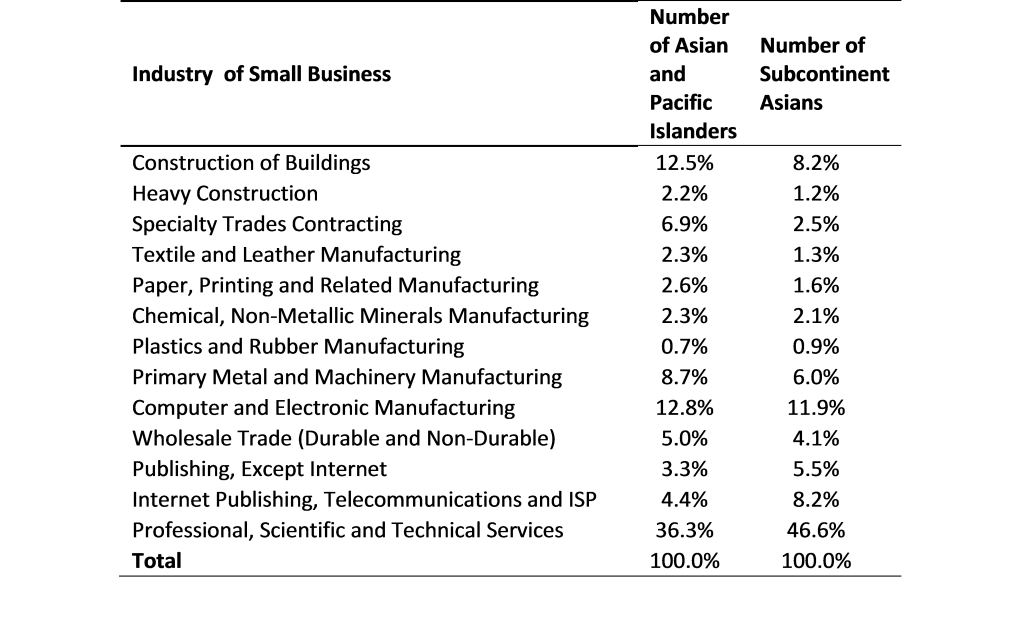 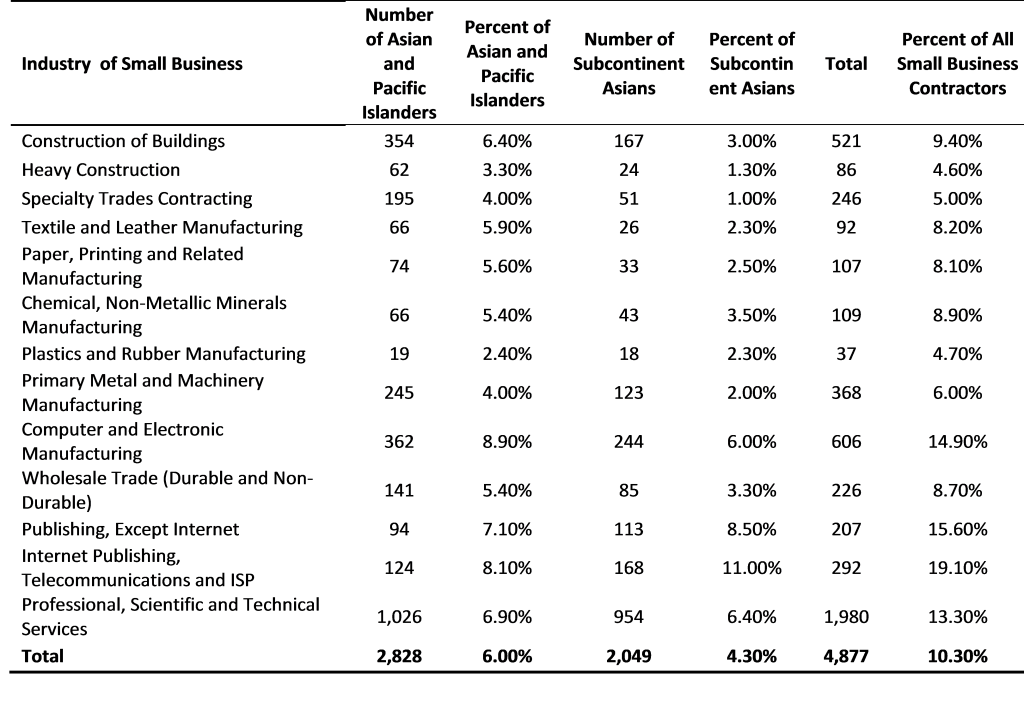 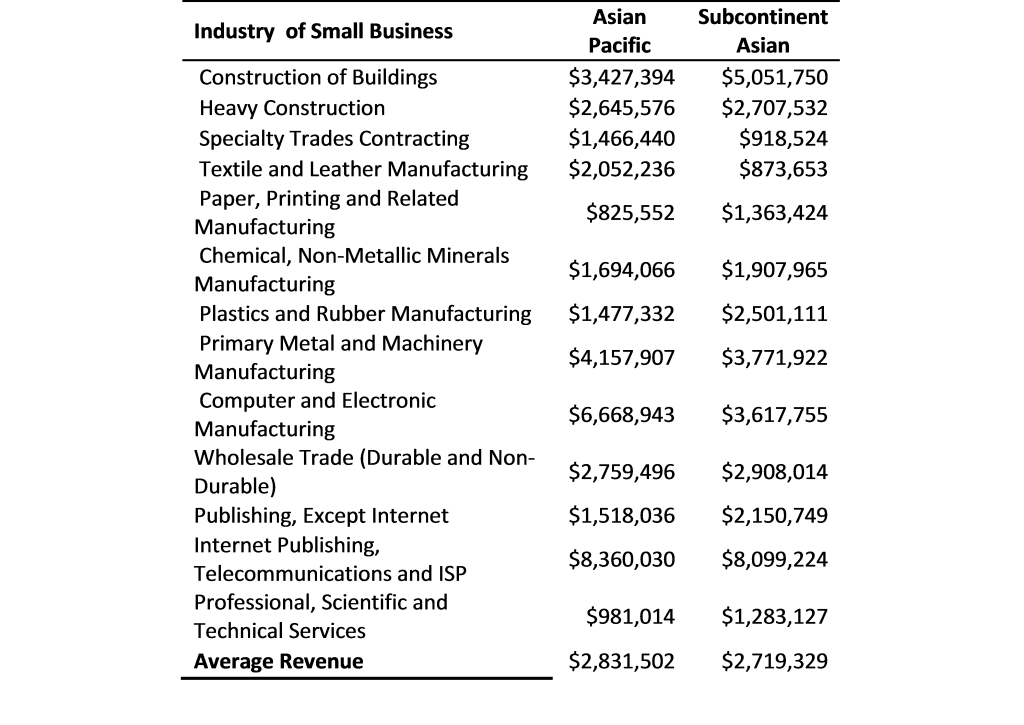