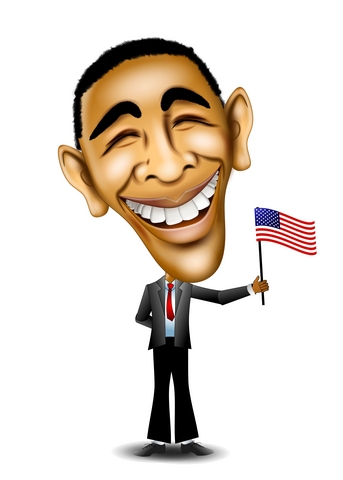 President Obama proclaims that the rescue of the US automobile industry is one of his major accomplishments. Therefore, it stands to reason that he would adopt as his reelection theme the well-recognized automotive advertising slogans, “built to last.”

During his third annual State of the Union Address, the President spoke for more than an hour and did so in a form that was reminiscent of the “fire and brimstone” delivery he patented during his first presidential campaign. Obama spoke at length about his plan to restore American economic competitiveness by rebuilding manufacturing production, making it easier for consumers to refinance homes and pay for a college education. He also outlined policies that would use government intervention to spur energy innovation, and he argued forcefully for reforming taxes so as to level the playing field between rich and poor. The message was punctuated with references to his international achievements in Iraq, Libya and Afghanistan. He ended the hour-long speech by reminding the country of the significance of having permanently removed Osama bin Laden as a threat to US security.

On the economic front President Obama drew a clear contrast between his vision of the future and that of his Republican contenders. Without calling them by name, he repeatedly referenced their willingness to embrace policies that reward the rich at the expense of the poor, especially their defense of tax rates for the extremely wealthy which are one-half the rate paid by working-class Americans.  His demeanor suggested that he has run out of patience with the congressional stalemate over a budget deficit compromise or further extending the payroll tax reductions.

The speech made it clear that he has drawn the battle lines for the presidential election. He is contrasting his proposals to provide greater governmental assistance to working families versus the Republican proposals to limit the role of government and leave upper income tax rates fixed. The President skillfully avoided mentioning the cost of the numerous proposals he placed on the table and focused instead on their social and economic benefits. Many of the proposals are issues that the country greatly needs to address; such as achieving a college degree without being forever saddled with debt and making low-interest loans available to homeowners who wish to refinance.

Those themes are likely to be very appealing to a large percentage of the electorate. However, at some point we must come face to face with the realization that the deficit is enormous and the policy trade-offs, in reality, are not so simple. However, it is encouraging to see him adapt as his fundamental approach, the need to “walk on three legs.” That is, to rebuild America, we must have a combination of smart growth policies, serious spending cuts and tax increases. The President delivered that message during his State of the Union Speech.