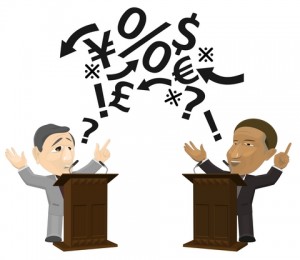 Now that the Iowa Caucus is over, the race for President is heating up. Ultimately, someone will win and someone will lose. Usually, the winner is the candidate who connects best with the largest constituency. On the other hand, the loser does not. One of the largest constituencies in the country is small-business owners. The Commerce Department’s latest census of small business (which is called the Survey of Business Owners) was completed in 2007. The census indicated that there are 26.3 million small businesses in the country.

The owners of the vast majority of those businesses worked full-time for someone else and use their business to earn additional income. However, 5.2 million small-business owners actually employ someone. In fact, they employed about 60 million workers in 2007. So this is a constituency that the presidential candidates must take very seriously.

We conducted the Gazelle Index national survey to determine how these business owners feel about various policies that are being proposed by the presidential candidates. The survey was issued in October and completed in November, and it included 631 randomly selected CEOs of businesses with 10 to 100 employees. The survey has a 5% margin of error.

Before we discussed the results, one result from the Commerce Department census should be noted. That is, persons that are members of racial or ethnic minority groups (i.e. Blacks, Hispanic/Latino, and Asians) comprise 21% of the nation’s 26.3 million small-business owners. In addition, women business owners comprise 46%. The two groups together make up well over 50% of the country small-business owners. This is a point that is seldom recognized when organizations conduct national surveys of small businesses.

Summary of Survey Results: Here is a summary of what the political candidates should learn from small-business owners. They should advocate policies aimed at cutting taxes on businesses and corporations, make loans more easily available to small-business owners, stop wrangling over the deficit-reduction plan and do something about it, and don’t wait for our economic problems to resolve themselves, but be proactive. Finally, special attention should be given to the West because that is the region of the country where small-business owners expect to increase hiring the least.

Interestingly, in many instances the results varied by race and gender group. Therefore, the smart candidate for President should make a note of the fact that one shoe does not fit all small business constituencies. Instead, some policies are much more important to particular race, gender and ethnic groups. We point out those differences below, and the candidates for President might want to keep them in mind as they position themselves for a run at the presidency. Here is what the survey found:

Question 1: What are Small Business Hiring Plans over the Next Three Months?

Question 2: What Government Policies would be most effective at Getting small-business owners to Hire More Workers?

The most notable exception across the race and gender groups: While all groups said this policy would lead them to increase hiring, reducing taxes was much more important to Hispanic/Latinos that two other groups. Specifically, 54.5% of Hispanic/Latinos said that if taxes were reduced, they would definitely increase hiring. The same was true for 41.9% of blacks, 37.2% of whites, and 38.1% of women.

The most Notable Exception across Groups: Making small-business loans more easily accessible was the most important policy to African-Americans; 50.0% said they would definitely increase hiring if this were the case; 43.5% of Hispanics indicated this; 33.9% of women; and only 25.5% of whites.

Question 3: How Optimistic are small-business owners about the future?

The Most Notable Differences between the Groups: There was little difference in the degree of optimism versus the degree of pessimism across the groups— except for African-Americans. Specifically, 35.5% of African-Americans indicated they are more optimistic about the future than the present while only 20.9% indicated they are more pessimistic about the future. Blacks expressed the highest level of optimism relative to pessimism of all groups in the survey.

Question 4: What Government Actions is likely to Dampen Small Business Optimism and Confidence?

Answer: If Democrats and Republicans fail to reach an agreement on a deficit reduction plan, it would cause a significant increase in pessimism. That is, 53.6% of small business owners said the political debate and stalemate in Washington over the deficit has made them more pessimistic; while only 9.2% said it made them more optimistic; and 37.2% said it had no effect.

Question 5: In what Regions of the Country is Small Business Hiring Likely to be Strongest in the future?