Economy Is Progressing Nicely – along a Financial Tight Rope 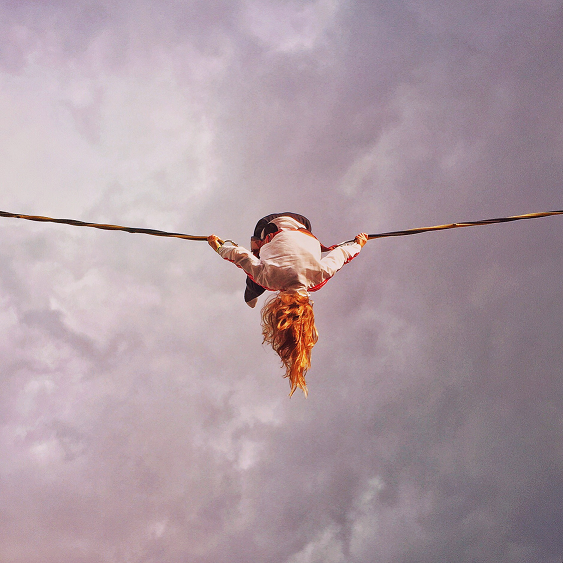 The economy is improving nicely, even though it is walking a financial tight rope. The length of the current economic recovery defies historical trends, and the overheated stock market just keeps increasing. While the news is good, any number of factors could derail confidence and dampened growth. The assessment below highlights the strengths and weaknesses of the economy and points to factors that might represent its Achilles.

Recovery from the last recession has lasted exactly 9 years. This length of time rates it among the longest recoveries on record. Current signs point to continued expansion. The latest GDP growth rate (which is the total increase of goods and services in the economy) was 2.6% during the 2nd Quarter of 2017. It exceeded expectations and was the highest rate in a year.

There are some worrying signs among investors. Generally, the high price-earnings ratio in the stock market and growing positive equity values represent a potentially significant bubble. Nevertheless, the market’s performance endures and confounds analysts who have been expecting a correction for many months. Investors are overlooking the fact that computerized trading is driving values upward. Humans are good at identifying turning points; computers are not! Computers are good at interpreting trend lines that have occurred in the recent past, not forecasting the future.

In general, the growing stock market reflects the fact that the US economy is the safest haven for global investment – despite the missteps of the current administration. The European Union has been struggling to regain its economic footing since the last recession. It appears to be finally turning the corner. China’s economy has stopped contracting and growth has settled at a rate of slightly over 6% – yet this is far below the historical trends. China suffers from a concern over the lack of transparency; specifically, is the world being told the real truth, or the Communist Party’s version of it. Russia and Brazil have negative growth, and the once fast-growing economies of the developing world have tapered off. US equities look more attractive when compared to other economies that are experiencing slower growth and more uncertainties. Hence, the ever expanding stock market.

The issues that most financial analysts are tracking are as follows: concern that the Trump Administration will fail to deliver on expectations for healthcare reform, infrastructure investments, and tax cuts; the heightened potential for military or trade conflicts with adversaries such as North Korea, China, Iran, Russia, Afghanistan or Syria and the inconsistency and uncertainty of US foreign policy related thereto; the overinflated stock market; and growing domestic economic inequality.

Wealthy investors are the primary beneficiaries of the stock market boom. In contrast, ordinary households and consumers still face severe income constraints because jobs in which they have been re-employed pay much less than those lost during the recession. That fact alone may constrain consumer spending and put breaks on the expansion.

Any of the factors cited above may create sufficient economic uncertainty to unravel US growth.

The Employment Situation:  The first Friday of every month, the Labor Department releases the latest employment report. The unemployment rate has declined significantly from its high of 10% during the recession. Today, it stands at 4.4% (3.8% for whites, 7.1% for Blacks, 3.6% for Asians, and 4.8% for Hispanics). The rate is forecast to decrease to 4.3% and analysts expect about 180,000 new jobs will be added to the economy. If Friday’s announcement is a significant departure from those expectations, meaning a much higher rate of unemployment or more likely, a significantly smaller number of jobs created, this may foretell changing future economic circumstances.

Consumer Confidence:  Consumer spending accounts for two-thirds of total economic output. If there is a cutback in spending (which would be reflected in a higher household savings rate), it would be cause for concern. Currently, the consumer confidence index is 121.1, a significant increase over last month when it was 117.3. Any amount greater than 100 indicates consumers are more positive than negative. The confidence level is expected to drop a bit next month. However, if the drop is larger than 5%, worry.

One of the ways that lower consumer confidence manifests itself is through increased savings. Specifically, households become more precautionary. The more consumers save, the less they spend, and the slower will be overall economic growth. The current savings rate is 5.5%. This rate is high relative to recent trends and is the likely cause of flat auto and truck sales and adverse changes in retail and food service sales over the last several months.

The overall economic picture is stable, but in crucial areas, the economy is walking on thin ice. Ironically, the major trigger points are political rather than economic. Will the Administration settle down and appropriately manage policy and the economy? Or, will it continue along its current course and ultimately damage economic confidence. Public policy and economic confidence are so intertwined that the latter can easily be waylaid by a political misstep. The future will tell.

Like
Previous Story:
When compared to their male counter parts, Minority Women...
Next Story:
Like It or Not, we are in a New...

About the Author: Thomas Boston