Noisy Employment Data- we must wait another month to find out the truth! 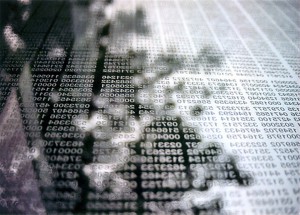 There are two major sources from which we gather data on employment and unemployment; the establishment survey and the household survey. The first showed a very positive trend and the second displayed and alarmingly negative trend.

The establishment survey comes from information collected from 140,000 businesses. It showed a surprisingly good picture of the economy. It is important to note that the way in which its data is collected was not affected by the government shutdown. The number of new jobs created was 204,000, twice what was expected. Furthermore, it showed that jobs were created across all sectors of the economy.

In contrast, the household survey is based on 60,000 household interviews. It gave a much different picture—one that is disturbing. It showed the unemployment rate increased from 7.2% to 7.3%. It also showed the number of people on temporary layoff increased by 448,000 (a number that was greatly influenced by the government shutdown). But more importantly, the data showed some other alarming developments:
1. The size of the labor force declined by 720,000 persons- an astoundingly large drop.
2. The number of people employed declined by 735,000 persons –also a surprisingly large decline.
3. Is also the case that a good percentage of government workers on temporary layoff were classified as employed, who should have been classified as unemployed.
Hence, the implication is as follows. Had 720,000 persons remained in the labor force and if all government workers on layoff were classified as unemployed, the unemployment rate would have been significantly higher than it actually was.

Implication: We must wait at least another month to determine what is happening in the economy!