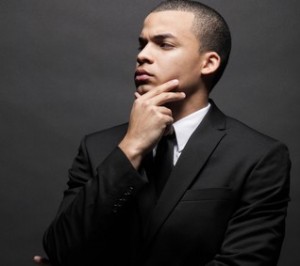 Black Americans comprise 11.9% of the U.S workforce, but make up 20.2% of unemployed workers. As we approach June of this year, it will be the fourth anniversary since the “great recession” ended and the recovery began.

However, blacks continue to experience an unemployment crisis and Congress is still hopelessly embroiled in budget debates and

The deep cuts caused by the sequester, which no one is discussing nowadays, is having a predictable impact on the economy. Consumer retail spending is slowing down and as a result, fewer jobs are being created.

Even when there were more government resources, black unemployment was not a priority to most lawmakers in Washington. Now that there are even fewer resources, unemployed blacks can forget about assistance from Washington.

Hence, more non-government solutions must be identified to attack the crisis of Black unemployment.

This means we must think out of the box to find solutions to this crisis.  Mobile broadband technology and black business development are potentially important vehicles for job creation.

Why Mobile and Minority Business Development?

The last presidential election illustrated how fast the racial and ethnic composition of the electorate is changing.  What most people are not yet aware of is the rapid change in the complexion of the small business sector.  Minorities now own one-in-five of the nation’s 27 million small businesses and they account for 5.8 million jobs.

Mobile broadband can lessen this problem because it is a low cost innovative platform on which minorities can start, operate and scale businesses without relying so heavily on external loans.

In November 2011 national survey of 632 minority and non-minority CEOs who operated businesses with 10 to 100 employees, it was found that 47.4% of minority business owners would “definitely increase hiring” if the government made small-business loans more easily accessible. The comparable percentage for non-minority owners was 23.7%.

Research has found that on average Blacks are less likely to receive bank loans and when they do, they pay higher financing fees.  Today’s new regulatory environment has made small business loans even harder to get.

Mobile broadband technology is promising because it allows minority businesses to sidestep some lending barriers. Each year hundreds of thousands of mobile applications, products and services are commercialized, marketed and scaled cheaply.

Black and Hispanic business owners have an added natural market advantage. Their households lead the nation in the adoption and usage of mobile devices. A recent Pew Research study found that about two-thirds of Black and Latino wireless consumers used mobile devices for online access, while only one-half of whites did.

Mobile technology can also provide other socioeconomic benefits to Black communities. Some examples include greater access to distance learning and continuing education degrees at lower costs; improvements in financial literacy, wealth building and access to online banking; greater savings as a result of price comparison shopping made possible with mobile devices; greater knowledge of and access to government services; and better ways to lead a healthier lifestyle.

Research also shows that two-thirds of the workforce in high-performing Black-owned businesses is Black and those businesses are more likely to locate their headquarters in Black communities.

No matter what the final outcome of the debt ceiling debates, the need to create more jobs and do so independently of government involvement is critically important.