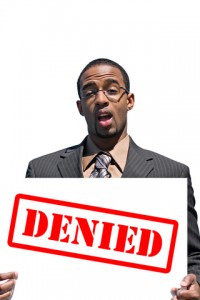 In 2009, the SBA (Small Business Administration) made a commitment to increase lending through the 7a Program as a way of offsetting credit market tightening caused by the recession and financial meltdown. Since that time, guaranteed loans to black-owned businesses have declined by 47%, while loans to businesses owned by Asians increased by 21%.

To offset bank cutbacks in small business lending, in 2009 the SBA substantially increased lending to small firms. The increase lending was primarily executed through its 7a Program, which provides banks with guarantees against loan default.

The results of this increased lending activity are summarized in Table 1, which tracks 7a loan approvals nationwide between 2009 and 2011 for all firms that were operating during the period, including Asian-owned firms and African American-owned small businesses. 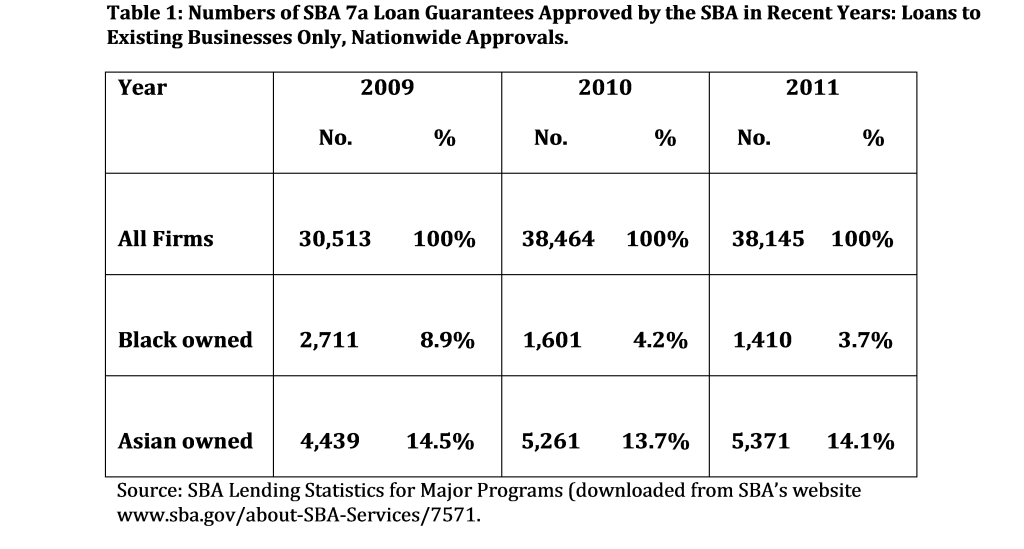 According to Marie Johns, Deputy Administrator of the SBA, “at the SBA, we are committed to supporting minority-owned small businesses” (February 7th, 2013 press release honoring Black History Month). The 7a program is the primary tool used by SBA to achieve this objective

Nevertheless, lending to black-owned firms appears to have declined rapidly, leading one to question the extent of SBA and the Obama Administration’s commitment to black-owned businesses.

Since banks, not the SBA, are the initiators of SBA-guaranteed loans, the authors examined a nationally representative sample of young firms that applied for loans, to discern the lending priorities of banks.

Data, drawn from the Kauffman Firm Survey, allowed the authors to identify traits of young small firms that were successful in borrowing from banks between 2007 and 2010.

Focusing exclusively on firms located in urban zip-codes where minorities were predominant, we found that among those applying for bank loans in 2007, 51% of the owners had personal net worth of $250,000 or more and 43.3% had very high credit scores. Although minorities owned nearly half of all young small businesses in the neighborhoods examined, they accounted for less than 35% of the loan applicants.

The analysis found that major factors used by banks to differentiate successful loan applicants from those rejected were credit scores and owners’ personal net worth.

While the objective of SBA is to make more loans available by passively reacting to bank requests for loan guarantees, SBA has simply accommodated itself to this risk aversion strategy, which is part of the legacy of the financial-market chaos of 2007-2010.

The net result of this SBA accommodation is that lending to black-owned small businesses has apparently fallen to the bottom of bankers’ priority.

As such, SBA’s verbal commitment of support for minority-owned businesses, when viewed in light of actual lending patterns, strikes us as insincere at best – especially when it comes to blacks.

– –Tim Bates is an educator, consultant, prodigious author and one of the country’s leading authorities on minority-owned businesses. Alicia Robb is a Senior Research Fellow with the Kauffman Foundation and co-author of the new book, A Rising Tide: Financial Strategies for Women-owned Firms.