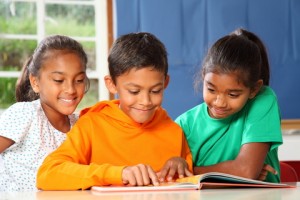 In the United States and elsewhere around the world, racial and ethnic minorities experience large and widening inequalities in employment, income, wealth, healthcare and education. However, in all of these areas, the mobile broadband revolution can provide a unique solution.

Some Facts about Racial and Ethnic Inequality in America:

Mobile broadband can reduce racial and ethnic inequalities because it makes it easier and cheaper for individuals in low-income communities to start and operate businesses more competitively. The technology also increases access to high-quality low-cost online education and healthcare services.

Small businesses and startup ventures in minority communities have fewer resources than do their nonminority counterparts. They also have less market power, lower access to capital, and are more likely to encounter discrimination when seeking loans. Therefore, minority entrepreneurs must be more creative in using technology, such as mobile broadband, that allows them to overcome barriers to market entry and compete more efficiently at a lower cost.

Minority businesses have a natural advantage when it comes to smart phone technology. Studies have documented the highest penetration of smart phone users in the US occurs among racial and ethnic minorities: Asian/Pacific Islanders (45%), Hispanics (45%), African-Americans (33%), and whites (27%).

Access to mobile broadband services allows small businesses to lower the cost of market entry, reduce their dependence on external loans and finance, and become more competitive even in an economic slowdown.

In short mobile broadband has the potential to reduce racial and economic disparities significantly, in multiple areas. It provides a unique solution to the persistent problem of inequality.