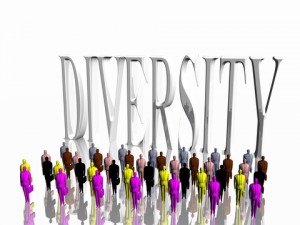 Minority businesses are growing faster than are all other small business segments. But when it comes to high-performing businesses, minorities in telecom are in a league by themselves. This is  because the telecom industry has the nation’s most successful program in supplier diversity.

In 2008, EuQuant (which powers the Gazelle index) examined 47,000 small businesses that were registered with the federal government through the Central Contractor Register (CCR). The results of that investigation showed the following.

This situation came about because in 1999, 14 companies that were part of the Telecommunications Industry Group came together under the leadership of AT&T and formed a supplier diversity program for the industry. The program sought to achieve 10% procurement with diverse suppliers. After the first year, 30 additional companies joined and by 2010, 90 telecom companies were participating.

More recently, AT&T has reached some of the highest diversity spending results in the country. The company increased its diversity spending by nearly $2 billion between 2007 and 2009. In the latter year, the company spent $6.9 billion with minority, women and disabled veteran owned companies. This represented 14% of the company’s total procurement.

In 2008, Verizon spent more than $3.5 billion with diverse suppliers. The company also hired minority-owned investment firms to manage a portion of its pension assets. Through the Verizon Diversity Managers Program, approximately 20 minority and women-owned investment firms now manage about $1.3 billion in assets.

While minority-owned businesses have made tremendous advances over the last decade, they still face significant challenges and have a long way to go before parity is reached. The most recent Census Bureau Survey of Business Owners (2007) revealed that that minority-owned businesses accounted for 21.3% of the nation small businesses, but employed just 5% of the nation’s workforce  (5.8 million persons). Additionally, minority businesses generated just 3.4% of small business receipts. Except for Asian-Americans, the rate of minority business ownership (i.e. number of businesses per 1000 persons) is still significantly below that of non-minorities.

However, if more industries adopted supplier diversity programs like those in telecom, this gap would be closed within a generation.