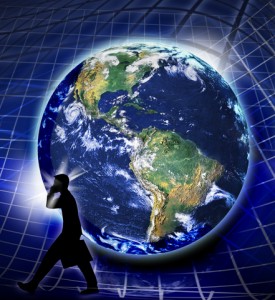 There were more positive than negative movements in key economic indicators last week. As a result, during the week of August 27, the economy continued to move ahead very slowly. Three things seem clear:

The most important positive developments last week included the following:

New orders for manufacturers durable goods increased by 2.8%, up from -.5% in July.

Consumer sentiment improved slightly in August, it increased to 74.3 from 72.3 the previous month.

Manufacturing shipments increased 2.0%, up from -1.2% the previous month.

The second-quarter growth in Gross Domestic Product (GDP) was revised upward from 1.5% to 1.7%.

Retail sales declined, but they did so by a smaller percentage in August than in July; -.4% in August and -1.4% in July.

Unemployment Report is scheduled for Friday

The Labor Department will release the latest report on employment and unemployment on Friday, September 7. Analysts expect the unemployment rate to decline from its current level of 8.3% to 8.2%.

Additionally, there is not much change in analysts forecast for the number of new jobs created. In July163 000 new jobs were created, and it is anticipated that 155,000 were created during august.

Other indicators of economic performance have remained virtually unchanged, including initial claims for unemployment compensation, which increased from 366,000 to 374,000 last week.

Perhaps the issue of the greatest concern is the high level of oil prices because they continue to take a toll on consumer spending. The price of a barrel of oil was $87.90 in July, and it increased to $96.30 in August. The increasing oil prices divert consumer spending away from ordinary retail purchases and slows down the economic recovery.

Altogether, the signs of economic activity were more positive than negative last week.