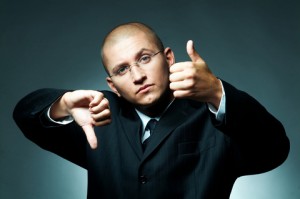 The economic indicators for the week suggest that the economy is still attempting to regain its footing after growing so robustly in the first quarter, and then stumbling in the second quarter. However, there were some surprisingly good announcements.

This week, everyone was braced for bad economic news following the disappointing unemployment numbers of last week.  However, the week may be ending on a good note as the stock market rallied today after hearing that J.P. Morgan’s 2nd quarter earnings report beat forecasts.  The report gave analysts a reason to breathe easier.

Having sustained a $4.4 billion trading loss, the company still generated $5 billion in income in the quarter.  Its ability to generate such a large income on top of the extraordinary losses indicates the bank will be able to sustain even tougher events that might arise in the future – especially a European sovereign default.

It is estimated that J.P. Morgan, along with several other large US banks each has close to $15 billion invested in the sovereign debt of the most troubled euro zone countries.  The solid earnings report means that the contingency of cash reserves needed to cover a default will be available.

This Week’s other Good News

After creating only 80,000 jobs last month and the unemployment rate remaining at 8.2%, analysts were braced for very negative labor market reports. However, there was a surprising drop in weekly unemployment insurance claims.  They decreased to 350,000 for the week, after averaging 386,000 weekly in June and over the last 12 months.  This is a good sign because it means fewer workers are being laid off.

Average hourly earnings of workers increased .3% in June after decreasing -.1% in May.

News on the Downside

Consumer sentiment sustained a big drop from 79.3 in May down to 73.2 in June.  This is important because consumer spending accounts for two-thirds of total output and decreases to in confidence usually accompany cutbacks in spending.

An illustration of the declining consumer confidence is the personal savings rate, which increased to 3.9%, up from the revised level of 3.7% in April.  When consumers save more, they spend less and this is reflected in the fact that retail sales decreased significantly in July by -.8%, following a .2% increase in June.

Recent data also showed a significant decrease in the PMI (Purchasing Managers Index) from 53.5 in May to 49.7 in June.

Domestic oil prices increased a dollar a barrel in July to $83.90 per barrel, versus $82.40 a barrel in June. This is the first significant increase for some time.

It is impossible  to discern whether the economy is on a permanent lower trajectory of growth, or whether it is just temporarily stalled.  Economic output and employment have clearly slowed down over the last four month. The major question is whether the slowdown is permanent.

The economy may still post decent growth numbers by the end of the year. However, it will take a combination of excellent luck at home and good news in Europe to do so.