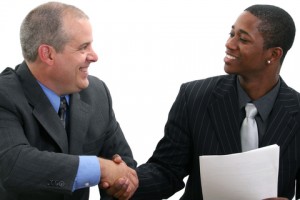 The information was generated by the Gazelle Index, which was created to close the information gap on minority-owned businesses. The Gazelle Index is the first ever national quarterly survey of the outlook and hiring plans of minority, women and non-minority small-business owners.

The responses of business owners were broken down by blacks, Latinos, women and non-minorities. Future surveys include Asian Americans.

This examination is based on Black small businesses with 10 to 100 employees. It is taken from a population of 2,374 companies.

In Part I we found that the industry having the highest concentration of black businesses was professional and technical services (15.5%).

The industry with the second largest concentration was business services (13.7%), this was followed respectively by health, education and social services, 10.5%; agriculture, and landscape services (10.1%); transportation and related services (8.0%); construction services (7.8%).

The smallest industry concentration for black-owned firms was retail trades (3.3%) and food and entertainment (3.6%).

Profile by Region, Employment and Years of Operation

The largest number of Black owned businesses is located in the South That region accounted for 59.1% of black businesses with 10 to 100 employees. Their average revenue was $1.8 million in 2011. The second-largest regional location is the Midwest, where 17.6% of businesses are headquartered. Businesses in the Midwest had the highest annual revenue, $2.9 million. 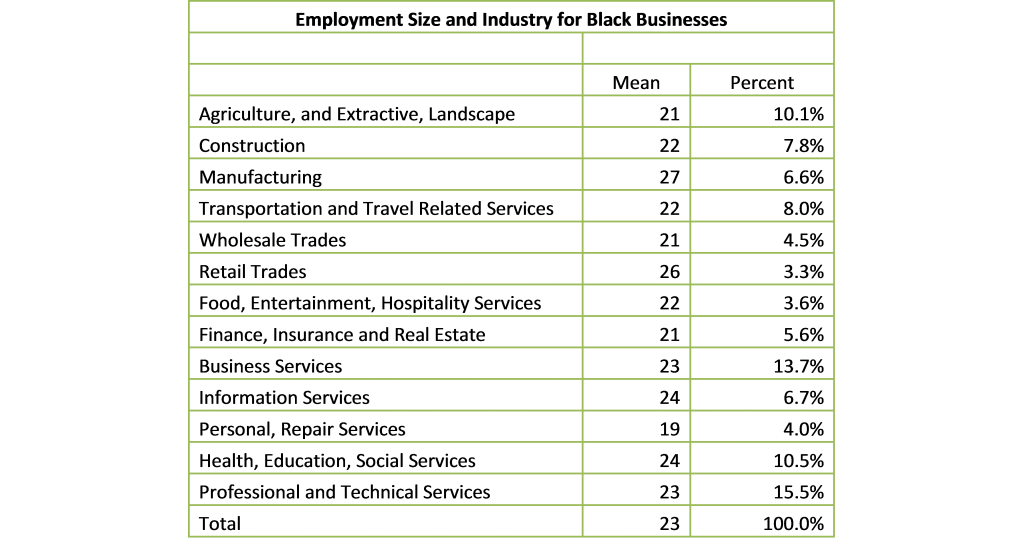 Businesses in manufacturing had the largest number of employees 27. In descending order of employment size, other industries were as follows: retail trades, 26; Information Services, 24; Health and Education, 24; Professional and Technical Services 23.

The industry with businesses that had the smallest level of employment was personal and repair services, 19.

The industry within which businesses have operated the longest was personal repair services, where 1990 was the average start-up year.  Next oldest were construction (1993) and manufacturing 1993. Three industries had businesses that started on average in 1998; retail trades, business services and information services. 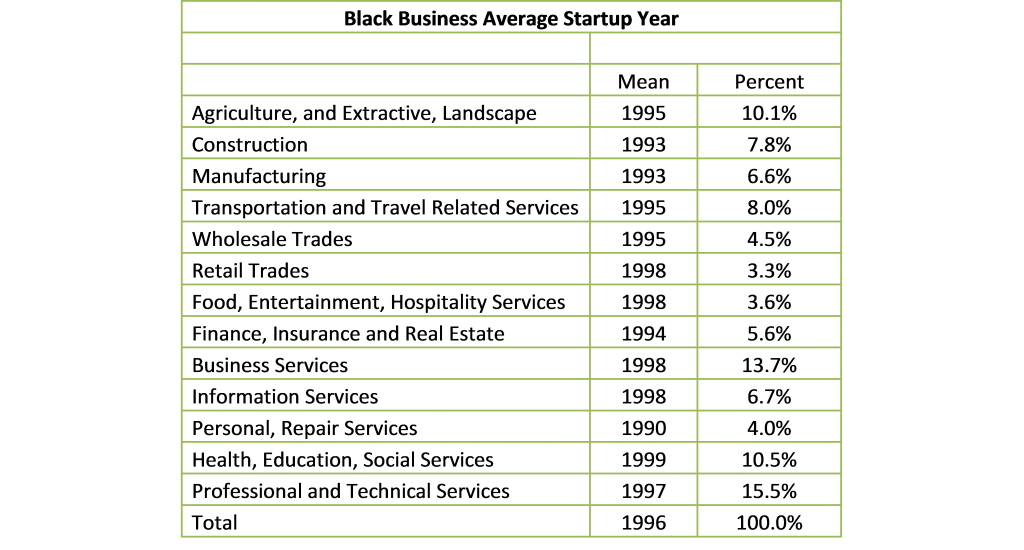