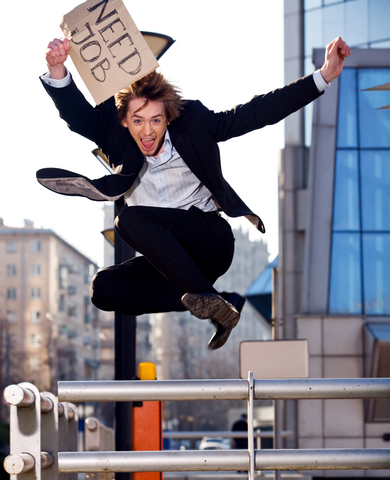 It is always better to have the unemployment rate increasing and more people coming into the labor market, than to have the rate decreasing because people are leaving the market! Last month, the civilian labor force increased by 642,000 people. The previous month, it declined by 342,000.

What’s bad on the surface?

What’s better beneath the Surface?

2.  Had labor force and remain the same, the unemployment rate would have decreased

4.  The number of discouraged workers decreased

So overall, what is happening in the economy?

The economic recovery is occurring in a cyclical pattern, rather than a smooth upward trend (see the slide below)

The cyclical pattern is because different sectors are not growing together at one time but separately. (i.e., housing, business investment, consumer spending etc.)

The abnormally low interest rates are not compensating people for taking the normal investment risks; therefore they are putting their money into safe havens, i.e. gold, yen, dollars. As odd as it seems, the Federal Reserve begin gradually increasing the interest rate.