The health of the US economy is heavily dependent upon the viability of small businesses in Canada. They account for 25% of the country’s total exports and Canada is the US’s largest trading partner. While most Americans are gravely concerned about the European debt crisis, one reason the US economy has weathered the debt meltdown in Europe is because trade with Canada is many times more important. 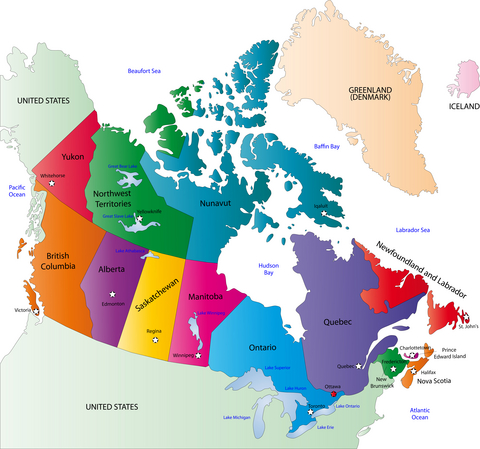 During the first two months of 2012, US trade with Canada amounted to $98.5 billion. At the same time, US trade with Germany, United Kingdom and France combined total only $53.2 billion.

It may come as a surprise to most that Canada and Mexico are the first and second largest trading partners with the US, followed respectively by China and Japan. Germany ranks fifth.

A recent survey by the Canadian Federation of Independent Business found that Canadian small businesses confidence rose in December.

CFIB Vice President Ted Mallett, speaking to HuffPost Canada, indicated that the Business Barometer Index for Canada registered 65.0, which is an indication that the economy is expanding.

In comparison, small businesses were least optimistic in Atlantic Canada where the reading was 59.8. This area included the provinces of Newfoundland, Labrador, Prince Edward Island and New Brunswick. Small business optimism was even lower in Nova Scotia (55.6).

Statistics Canada indicated that in December of 2010, Canadian small businesses with less than 100 employees numbered 1,116,423 and comprised approximately 98.0 per cent of all registered employer-based businesses.

Similar to the US, where small businesses provide over 50% of jobs and total GDP, in Canada in 2010 small businesses  employed 5.1 million workers, or 43.8% of the Canadian workforce. Those businesses created 25% ($68 billion) of the country’s total export value. When the output of small businesses is measured by those having 500 or fewer employees, they created 54.2% of Canadian GDP.